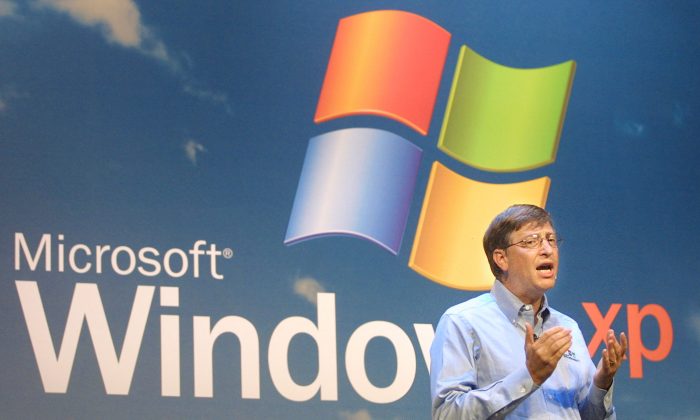 Windows XP support will end about a month from Friday, and Microsoft will start alerting users of the decade-old OS with a pop-up that says support will go out.

Computers with Windows XP installed that have automatic updates enabled will get a pop-up message starting Saturday, March 8, that support for XP will end April 8.

From there, users are directed to an end-of-support website. The message will come up on the eighth day of each month unless users say otherwise and toggle it to not pop up.

If a hacker finds an exploit for XP, they will be able to continually exploit the bug, potentially spreading malicious software.

According to a CNET report this week, XP’s share actually rose a small percentage in the past two months. Market tracker Net Applications said that XP’s share rose from 29.5 percent in February from 29.3 percent in January. In December, the OS’s share was 28.9 percent.

Around 95 percent of ATMs in the U.S. run on XP, according to reports.

“This isn’t a Y2K thing, where we’re expecting the financial system to shut down. But it’s fairly serious,” said Kurtis Johnson, who is an ATM expert with U.S. manufacturer Triton, according to CNN.

If the banks don’t upgrade their ATMs to a newer version of Windows, users could be at risk but it’s unclear exactly how.

“Once they start using an operating system, they’ll ride it as long and as hard as they can,” Wes Dunn, a sales manager at ATM manufacturer Genmega, told the network.

A Symantec sales director, Tarun Kaura, said that “XP users will need to download the software from its website manually” after the updates aren’t issued anymore.

“Therefore, systems that continue to use XP after the deadline will face increased risks and interest from cybercriminals, particularly if new vulnerabilities are discovered in the OS,” Kaura told the Economic Times.