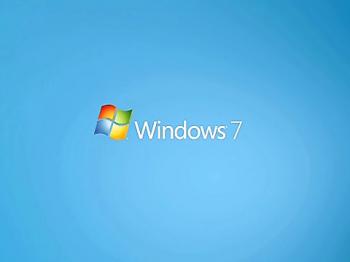 By Joshua Philipp
biggersmaller
Print
When I first heard about the features available on the Beta version of Microsoft’s Windows 7, I was a bit skeptical; but after thorough testing, I’ve found it to be a very pleasant workspace.

Following the near total failure of Windows Vista, Microsoft turned to customer opinion in its creation of Windows 7. The result is a clean, user-friendly workspace that carries some of the best parts of XP, Vista, and even some Mac-like elements.

Microsoft took quite a few measures to ensure that Widows 7 would be faster and smoother than Vista, and it really shows. The whole environment feels very smooth, and offers several noticeable improvements from previous Window incarnations.

On Windows 7, the computer also boots faster and didn’t seem to suffer from the long lag-times often associated with running large programs.

My favorite part of Windows 7 is the new taskbar, which gives the desktop a decidedly cleaner look. (It’s somewhat reminiscent of the taskbar in Leopard, Mac’s operating system.) Icons and shortcuts now share the same space and are lined up in small blocks next to each other. When opening multiple pages with any one program, such as a Web browser, it creates another layer on top of the icon. When you click the icon, it then displays all pages currently open within that program.

I tried it with both a Nikon D200 and an iPod Touch and the feature failed to respond to either device. This may be just an issue with the Beta version, or perhaps the feature only works with a select handful of products.

Other features to note on the new operating system include the new touch-screen capability and the home networking feature—which allows you to link with others Windows 7 users in your home. However, these additions require special hardware.

All in all, the best perks of Windows 7 aren’t so much in its program and shortcut features but rather in its clean, fast, and pleasant workspace. I look forward to the final version, expected to be available by the end of this year.