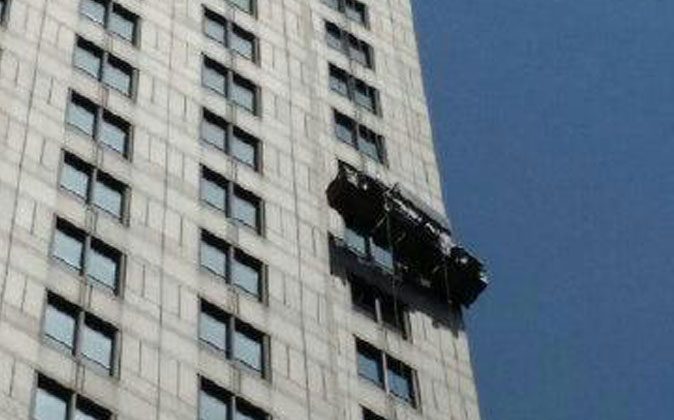 Two workers were rescued from the scaffolding on the 21st floor of a building in Manhattan, New York, on Monday, August 10, 2014. (New York Fire Department)
Crime and Incidents

NEW YORK—Two window washers dangling outside the 21st floor of a Manhattan office building near City Hall were rescued Monday afternoon by firefighters.

It wasn’t immediately clear what caused the equipment malfunction that stranded the workers, who were not identified.

They were checked at the scene and released without any injuries.

At about 1:30 p.m., fire department officials said that they had to carry out a high-angle rescue by cutting through two panes of glass to reach the trapped workers.

The building is privately owned and the name of the window-washing company was not released.

Several fire trucks and scores of curious onlookers with cameras were at the scene during the incident.