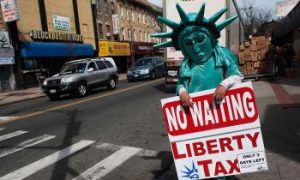 By Antonio Perez
Print
NEW YORK—Despite heightened demand for renewable energy, growth of the U.S. wind energy industry has lost some wind behind its sails in 2010.

The wind power industry built 5,115 megawatts of additional wind power capacity last year—the lowest new power output since 2006—according to a report by the American Wind and Energy Association (AWEA) this week.

"Wind power is a great deal right now in many areas of the country," said Denise Bode, CEO of AWEA in a statement. "However, our industry continues to endure a boom-bust cycle because of the lack of long-term, predictable federal policies, in contrast to the permanent entitlements that fossil fuels have enjoyed for 90 years or more.”

Wind power companies are off to a strong start in 2011, however. The U.S. Congress’s one-year renewal of the federal tax credit for wind power is spurring new investments.

In addition, wind power’s cost has dropped significantly over the last two years and is becoming more competitive with fossil fuels.

"Wind's costs have dropped over the past two years, with power purchase agreements being signed in the range of 5 to 6 cents per kilowatt-hour recently," AWEA Director Elizabeth Salerno said. "With uncertainty around natural gas and power prices as the economy recovers, wind's long-term price stability is even more valued.”

Texas is the nation’s leading production of wind energy, with more than 10,000 megawatts in annual generation capacity. Known for its oil and gas industries, Texas produces roughly a quarter of all U.S. wind power supply.