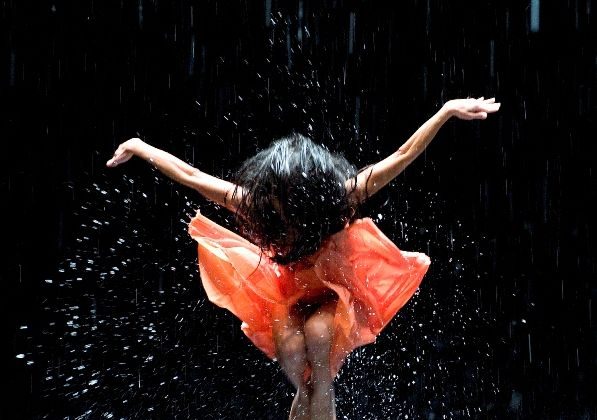 Wenders had explored many creative avenues as a prolific writer, photographer, painter, and filmmaker. Although he set out to study medicine and then philosophy (1963–65), he had been taking photographs at the age of 7, owned his own darkroom at 12, and at 17 his first Leica. In 1966, he moved to Paris to pursue painting.

With a list of documentaries about artists to his credit, it seems that Wenders’s particular calling is to tell their stories, including Japanese film director Yasujiro Ozu (Tokyo-Ga); a short documentary of fellow directors, featuring Steven Spielberg, Jean-Luc Godard, and Rainer Werner Fassbinder (Room 666); a documentary about Japanese fashion designer Yohji Yamamoto (“Notebook on Cities and Clothes”); and numerous music documentaries and videos.

Most recently, Wenders focuses his camera on dance, specifically on his longtime friend Pina Bausch. It wasn’t until the 2007 Cannes Film Festival preview of the concert film U2 3D, that he understood after many years of waiting, how to proceed with a film project on Bausch. It was the new 3-D technology that gave Wenders the tools to see his vision through.

Bausch’s sudden death in June 2009 just before film production started changed everything. At first, he canceled the film.

“None of her dancers had said goodbye,” he said, describing her sudden passing. “There was a big hole in all of our lives.”

However, Wenders eventually realized that there was a different story to be told. Not, “how Pina had seen them [her dancers], and how she saw in them things that they themselves hadn’t seen in themselves.”

“Making the film for her would be an important thing for the living as well as homage for her,” said Wenders.

What is the attraction Wenders has to documenting fellow artists?

“There is curiosity sometimes, I think—the last adventure left on this planet is creativity; because we have been everywhere there is not much left to explore, but there is exploration left in human imagination, says Wenders. “I think there is nothing more exciting than to learn about somebody’s creativity—also their craft.”

“I made a film about a fashion designer [Notebook on Cities and Clothes]. I discovered the world of these old and forgotten musicians [Buena Vista Social Club),” he explains.

Wenders discovered yet another world through Bausch—the world of body language.

“You see, filmmakers we are all a little cocky because we think we know a lot about body language—because by the nature of our profession, we have actors in front of the cameras, we correct what they do, we tell them to move differently,” Wenders confesses. “As film directors, we think that we are experts in body language by default.

“And then you get to know the work of Pina Bausch and you see there is a “real” expert, and she deciphers this language in ways that you never even started to understand. She is able to see layers of this body language that none of us has ever understood.”

“It is a great lesson in modesty,” says the soft-spoken Wenders, “that you realize that you are illiterate in a field that you thought you were an expert. For me, that was a great lesson that I learned from Pina, and that is one of the reasons I wanted to make this film. I saw that she knew so much more than I.”

The end result, he says, was that “it became a film not of Pina, but for Pina.”