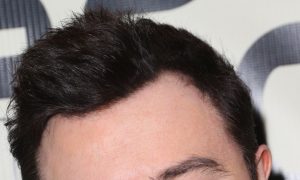 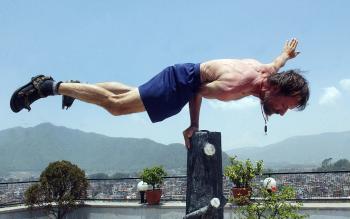 Does the Human Body Have Limits? Part II

Many believe that with the advancement of technology, we might someday be able to overcome human limitations. But have some people already reached a superhuman state?

Waking in the middle of the night to find that his legs below him are still running is not unusual for Dean Karnazes, known by many as the “Ultramarathon Man.” The physical limitations that prevent an average person from tirelessly running for hours on end don’t seem to affect him. In fact, Karnazes has proved himself to be a running machine—eating, urinating, and even sleeping while he effortlessly runs hundreds of miles.

Similarly endowed with amazing endurance, Iceman Wim Hof can withstand extreme cold temperatures, far exceeding the limits most could bear before entering into severe hypothermia. Barefoot and wearing only a small pair of shorts, Hof has run over 12 miles in frigid temperatures of 5°F.  He has also scaled France’s Mont Blanc and went on to conquer Mt. Everest, wearing only the same skimpy outfit. Like Karnazes, Hof has broken many world records and intends to continue doing so.

Yet even these men have their limits. Karnazes’s seemingly tireless legs must eventually rest, and the Iceman has faced frozen extremes that even he couldn’t endure.

So what are the limits of extremes that a human organism can survive? What determines such limits? Why can some people endure more than others? And are the unusually hardy among us born, or created?

Food, water, sleep, and breath are indispensable functions necessary for the survival of any human organism, although there have been examples previously described where exceptional subjects were able to far surpass what science would expect. When the body is submitted to punishing extremes that defy normal human endurance, certain individuals appear to have reached a realm beyond mortal man.  But what’s their secret?

For people like Hof or Karnazes, their physical feats aren’t achieved merely through a stronger constitution. Hof has described training experiences where he was able to tap into a capacity thought to be reserved only by yogis or other such adepts. Able to sit in a tub full of ice for an hour and 12 minutes, Hof claims that he was able to do so through the power of his mind.

Whether it’s Hof, a yogi, or perhaps a Navy Seal, they often share a similar confession. These individuals all speak of tapping into mental resources that account for their incredible capacity for bearing extreme temperatures. Likewise, Karnazes also explains that his mental state is a key element in his running achievements.

The same is true for the martial arts masters who develop unfathomable resistance to pain after years of practice. Kung fu adepts have been known to forge spectacular capacities for withstanding the most violent assaults without suffering the slightest scratch. Not only is pain not felt, but the flesh remains undamaged as well. Again, it is the training of the mind that grants the martial artist his great strength and endurance—abilities that physical training alone could never produce.

So just what is a superhuman state? Usain Bolt or Michael Phelps may represent the current celebrated limits of human ability, but our anatomy dictates that we can only go so far. Despite the most rigorous training, a weightlifter’s muscles can only bear so much.  Likewise, due to the physical limitations of human legs, one may never surpass the 9-second limit for the 100-meter dash.

The physical body is, after all, bound by the same rules that govern any other body in the physical universe. Though some individuals have been able to achieve a mental focus that can allow them to push beyond what’s expected of the human organism, they ultimately remain unable to break from this physical dimension.

But what about those who can break past it—individuals who have developed even greater mental techniques that can actually transcend physical constraints? And how can we come to understand these examples?

Physical impossibilities such as Ram Bahadur Bomjon’s eight-month-long abstention from food and water, or stories of Chinese monks levitating in mid-air can never be understood by contemporary science because of its own inherent limitations. To be studied accurately, these cases may require another kind of science—one that has also freed itself from such constraints.