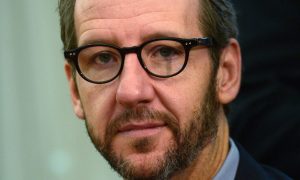 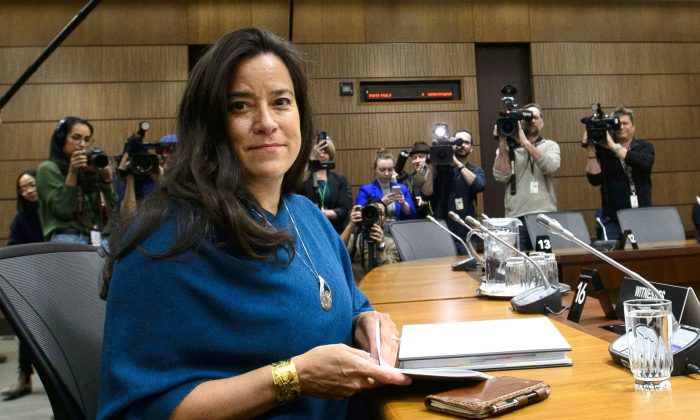 Jody Wilson-Raybould appears at the House of Commons Justice Committee on Parliament Hill in Ottawa on Wednesday, Feb. 27, 2019. THE CANADIAN PRESS/Sean Kilpatrick
Canada

Jody Wilson-Raybould, the former cabinet minister who accused Prime Minister Justin Trudeau of trying to influence her decision in a criminal case against engineering firm SNC-Lavalin, has confirmed she intends to run as a Liberal in the next federal election.

In a letter to constituents posted to her website March 15, Wilson-Raybould said the explosive political saga has been a “wake-up call” for Canadians about the “culture of conflict, empty partisanship and cynical games” that exists in Ottawa.

Nonetheless, she said, she plans to stand for re-election as a Liberal in the Vancouver-Granville riding next fall because she got into politics to change that culture—and still has plenty of work to do.

“Beyond partisanship, spin and image, there lies a politics of change that is driven forward by galvanizing our core values—regardless of political stripe—into concrete laws, policies and actions that support Canada as an ever-advancing society,” Wilson-Raybould wrote.

She said she never expected to find herself thrust into the centre of a controversy that culminated last month in her resignation from cabinet.

“I was just doing my job and I did not expect it to become a national focus.”

Wilson-Raybould told the House of Commons justice committee that Trudeau and several members of his senior staff were part of a prolonged and co-ordinated effort to convince her to overrule a decision by the director of public prosecutions to proceed with a criminal trial against SNC-Lavalin on charges of bribery.

Trudeau said he believed Wilson-Raybould was open to receiving additional information that could affect her decision, and directed his staff to provide that information—including the potential impact on SNC’s 9,000 Canadian employees. He also wanted her to consider getting an outside legal opinion on the use of remediation agreements, a new tool in Canadian law that can avert a trial in exchange for fines and outside monitoring.

The justice committee and the ethics commissioner are both investigating the allegations, the RCMP have been asked to investigate and the Organization for Economic Co-operation and Development has expressed its concern, saying it is monitoring the investigations.

Wilson-Raybould resigned her cabinet seat Feb. 12, about a month after she was shuffled from Justice to Veterans Affairs—a move she believes was precipitated by her refusal to change her mind about the SNC-Lavalin case, an allegation Trudeau has denied.

SNC-Lavalin wins $800m EPC project in Mideast.SNC-Lavalin, a global engineering and construction group, has been…

She remains a Liberal MP, as does Jane Philpott, who resigned her cabinet post March 4 saying she had lost confidence in the way the Prime Minister’s Office had handled the SNC affair. Trudeau has said he is still considering their future in the caucus. Both have already been nominated in their respective ridings by the Liberals.

Thanks to Ottawa’s Mayor Jim Watson for inviting me to your International Women’s Day event. Here are the notes from my…

A spokesman for Trudeau said Friday the prime minister has not spoken with either Wilson-Raybould or Philpott in recent days and has no comment on Wilson-Raybould’s letter.

To be A supporter of freedom, responsible, humanitarian, developer, smart, great & strong leader and a human being is…