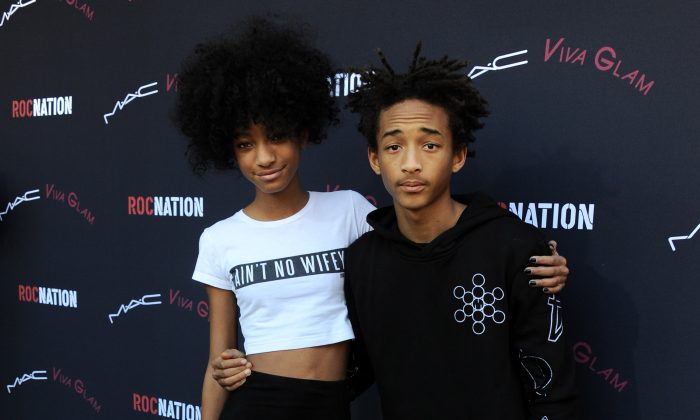 Willow and Jaden Smith Interview: ‘Our Voices Sound Like Chocolate Together’

Willow and Jaden Smith gave a lengthy interview to T Magazine this week, talking about “prana energy,” time, and about school.

“You never learn anything in school. Think about how many car accidents happen every day. Driver’s ed? What’s up? I still haven’t been to driver’s ed because if everybody I know has been in an accident, I can’t see how driver’s ed is really helping them out,” said Jaden in the interview.

He added: “Kids who go to normal school are so teenagery, so angsty.”

Willow chimed in, saying “They never want to do anything, they’re so tired.”

Both then talked about meditation.

“Breathing is meditation; life is a meditation. You have to breathe in order to live, so breathing is how you get in touch with the sacred space of your heart,” Willow said.

Jaden chimed in, saying: “When babies are born, their soft spots bump: It has, like, a heartbeat in it. That’s because energy is coming through their body, up and down.” Willow added, “Prana energy.”

When the interviewer asked what Jaden and Willow are reading, she replied: “Quantum physics. Osho.”

And Jaden said, “The Ancient Secret of the Flower of Life” and also “ancient texts; things that can’t be pre-dated.”

In the past, Jaden has raised headlines with some of his tweets.

The interviewer then asked how the two write music.

“She gets in the booth and just starts singing,” Jaden said. “I mean, the beat is usually what moves me. Or I think of concepts. Then when I hear a beat that is, like, elaborating on that concept, I just go off,” Willow said.

“She freestyles and finds out what she likes. Same thing with me,” he added.

“Me and Jaden just figured out that our voices sound like chocolate together. As good as chocolate tastes, it sounds that good,” Willow said.