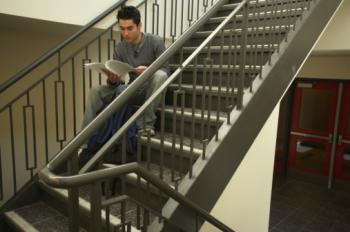 Williams College was named the number one college in the US, according to a report published by Forbes. (Photos.com)
US

Williams College Ranked Number One College in US, Report Says

The list was compiled according to both qualitative and quantitative information acquired from college students.

As criteria, Forbes and the CCAP considered student satisfaction, post-graduate success, student debt, four-year graduation rate, and how many students and faculty win prestigious awards such as Rhodes Scholarships or Nobel Prizes.

The group looked at sites such as RateMyProfessors.com and MyPlan.com to understand the level of contentment students felt about their colleges. Salary information from Payscale.com was used to gauge the success of alumni.

Williams College, a private college with 2,072 students, surpassed top Ivy league schools such as Princeton University, Harvard University, and Yale University, which came in second, eighth, and tenth, respectively on the Forbes list.

The University of Virginia, listed number 44th this year, replacing The College of William and Mary as the highest ranked public school.

The system joins other popular college rankings for 2010 offered by Princeton Review and U.S. News and World Report, which has ranked Williams College as the top liberal arts college for eight years.