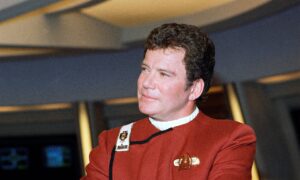 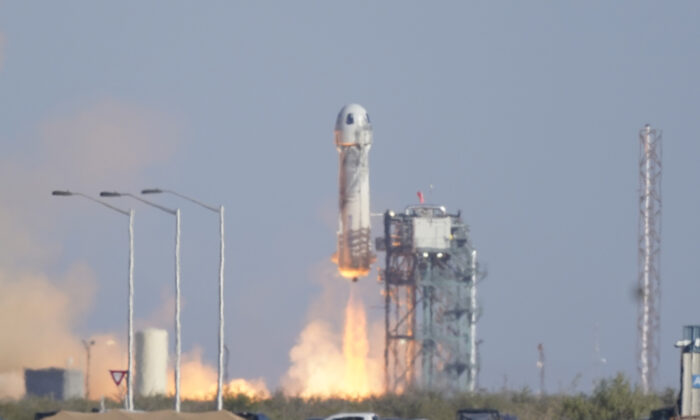 Shatner, one of four passengers aboard, became the oldest person to venture into space.

He called the trip “the most profound experience” he could imagine.

“I hope I can maintain what I feel now. I don’t want to lose it,” he said as the crew gathered outside the capsule upon landing.

“You look down, there’s the blue down there and the black up there … there is Mother Earth and comfort, and there is, is there death? I don’t know, but is that death? Is that the way death is? … It was so moving.

“This experience, it was something unbelievable.”

It was the second human spaceflight for Blue Origin, owned by Jeff Bezos, the Amazon founder who was himself aboard the company’s maiden voyage in July.

The flight lifted off at about 7:50 a.m. Pacific time from Blue Origin’s Launch Site One and hit its apex at around 300,000 feet. The crew experienced about four minutes of weightlessness before floating back to Earth.

The spacecraft got off the ground following several liftoff delays that Shatner said made him “a little nervous.”

He also worried about the G forces, wondering “am I going to be able to survive it?”

And he also joked about his age, saying, “Good Lord, just getting up the bloody gantry. Oh, my God, what an experience.”

Blue Origin is planning one more crewed flight this year, with more flights planned for 2022.

“At Blue Origin, we are motivated by the dreamers that inspire us and the builders who turn those dreams into reality. Today’s crew represented both dreamers and builders,” Blue Origin CEO Bob Smith said.

“We had the honor of flying our very own Audrey Powers, vice president of New Shepard operations, who fulfilled a lifelong dream to go to space and has been an integral part of building New Shepard.

“Our two customers, Chris Boshuizen and Glen de Vries, have built their own successful ventures and have now realized their own dreams of space travel.

“And, as everyone knows, William Shatner has played an important role in describing and imagining the wonders of [the] universe and inspired many of us to pursue a career in the space industry.”

For his part, Shatner said, “Everybody in this world needs to do this.”

“To see the blue color whip by you, and now you’re staring into blackness, that’s the thing,” the actor said.

“It would be so important for everybody to have that experience through one means or another.”