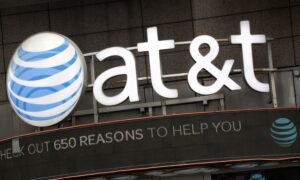 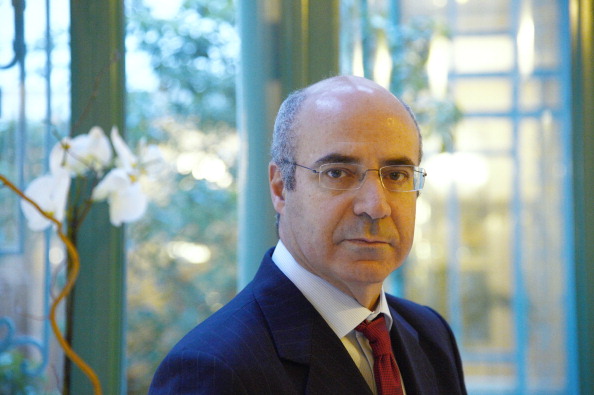 In the explosive press conference between President Donald Trump and Russian President Vladimir Putin, perhaps the most surprising bomb dropped was by Putin, when he accused William Browder and his associates of donating $400 million to Hillary Clinton’s campaign.

Even before Putin bolstered Browder’s fame, he had been a darling of the American media and a frequent guest on various outlets including MSNBC, CNBC, and Fox News, where he gets introduced in glowing terms such as a “legendary investor” and “Putin enemy No. 1,” with implications that he’s a heroic figure.

However, Browder’s past is more nuanced than the mainstream media lets on.

His grandfather was Earl Browder, who was the general secretary of the Communist Party of the United States, concurrent with Stalin’s rule as general secretary in Moscow. Earl traveled to Moscow and collaborated with the Russian government.

In one scene, while attending classes at Stanford in 1987, Browder hears a lecture by the head of the United Steelworkers union. Remembering his grandfather and feeling “inspired,” he requests a job with the union to “negotiate with its exploitative corporate employers.”

Fast forward to 1998, and Browder is renouncing his American citizenship. He explained his motivation in an interview with Newsweek: “My grandfather was an American communist. … My family was viciously persecuted. … It just left a legacy of bad feeling about the rule of law.”

If Browder is to be taken at his word, his main problem with America is the allegedly hard-line stance taken against communism. This idea dovetails with a complaint Browder made in his book that Americans have been too “paranoid” to make the key differentiation between whether a person is a “good communist or a bad communist.”

When the American media interviews Browder, his renunciation of American citizenship is rarely brought up.

In 1996, Browder helped found Hermitage Capital Management to invest money in Russia, where he then spent much of his time. The Soviet Union had just collapsed, and people were getting rich making sweetheart deals with the Russian government.

Browder explained in his book an extremely profitable deal he made with Sidanco, a Siberian oil company controlled by Vladimir Potanin, who was deputy prime minister of Russia. A colleague offered Browder a private deal to buy a chunk of Sidanco at prices “cheap beyond belief.” Bill did so and described the deal as “a home run.”

The deal ran into a problem when other players in Sidanco tried to squeeze Browder out, but then the Russian Federal Securities and Exchange Commission stepped in to save him.

As Browder ran up his profits in Russia, contrary to what people may guess today, he was on friendly terms with the Kremlin. He wrote the article “Making the Case for Putin,” published in The Moscow Times in 2004.

He even explained in his book that he had success because everyone thought of him as “Putin’s guy,” but shrugged it off as ridiculous, and felt that his agenda of fixing corrupt Russian companies incidentally aligned with Putin’s campaign against oligarchs. Browder describes continuing naively with the same activities until he got blindsided.

In 2005, Browder was banned from Russia. Yet Hermitage Capital was still managing $4.5 billion worth of assets stuck inside Russia. He alleges that his team then “successfully removed its money from Russia without our enemies ever knowing.”

Browder became most famous for the scandal that followed. Allegedly, Russians stole paperwork from the remnants of his company that they used in a fraudulent tax scam to profit $230 million from the Russian government.

Browder and Russian entities became embroiled in a fight. The Kafkaesque part is that if Browder successfully defeated this scheme then the Russian government would be a beneficiary and recoup $230 million.

As the fight escalated, a lawyer and accountant who was working on Hermitage matters at the law firm Firestone Duncan, Sergei Magnitsky, refused to bow to the Kremlin. He was arrested, tortured, and denied family visits and proper medical attention while he suffered from illness.

Browder describes being in a constant state of distress for the well-being of his Magnitsky. To help him, he felt that what was needed was “media attention” to “get Sergei’s story above the fray.” He made a video titled “Hermitage Reveals Russian Police Fraud”—though oddly, he failed to personally mention Magnitsky a single time. The narrator brought up Magnitsky with a mere sentence at the end of the video.

When Magnitsky died, Browder began a blitz campaign fighting for justice for Magnitsky by influencing American policy toward Russia. He described a scene in his book where he testified before members of Congress, told the Magnitsky story, and brought people to tears.  Congress adopted the cause. It could be the first time in history a person who renounced American citizenship successfully told Congress what law to pass.

In Browder’s quest to change American foreign policy, he explained that he had “no idea” what he was doing, and it was Jonathan Winer who guided him, starting from their meeting in March 2010.

Winer was a senior director at the lobbying firm APCO from 2008 to 2013. APCO was employed by Russian government entities during that time frame. Further, and perhaps relevant to Putin’s claims, APCO was an ally to the Clinton Global Initiative. In fact, Winer had ties to the Clintons going back decades to the time he worked in the State Department under President Bill Clinton.

Browder and Winer prevailed. In December 2012, the Senate passed the Magnitsky Act, which would sanction selected Russians who abuse human rights. Browder expressed his satisfaction that justice was being done—saying, “There was something almost biblical about Sergei’s story. … Maybe God had intervened in this case”—but also pain for his loss. “More than anything I wished that Sergei were still alive,” he said.

Shortly thereafter, in a press conference in Moscow, Putin responded with criticism of Browder and the Magnitsky Act. Browder writes that when Putin mentioned his name, he knew his “life had changed forever.”

In May 2013, Browder traveled to Norway to give a speech at the Oslo Freedom Forum. At this time, Russia got Interpol to issue a “red notice” for his arrest. Browder explained that he learned about this, and as he left Norway, was worried about being sent to Moscow and “didn’t even want to think about the horrors” that would face him there. He passed through airport security without a problem and reached his home in Britain.

The paradoxical aspect of the Interpol red notice was that this attack on Browder effectively built up his credibility, fame, and power. The Kremlin’s action was counter to a tactic they have often adopted against popular dissenters which includes ignoring, marginalizing, and even banning them from Russia.

For instance, around the time when Putin joined the KGB, a world famous Russian dissident, Vladimir Bukovsky, was expelled. Today, after a career of extra-human sacrifice and integrity, after criticizing Putin, he is living in relative obscurity in Britain. He was even framed for crimes to further marginalize him.

Browder understood this and wrote about it: “putting me in prison would have made Putin just as much of a hostage to the situation as I was. If he did this, every Western head of state would have been forced to spend a third of their meetings with Putin arguing for my release.”

Browder would do more damage to Putin in a Russian jail, or even dead, than he causes Putin alive. Both Browder and Putin understand this. Putting their behavior in context shows that the situation isn’t as simple as Browder and Putin repeatedly tell everyone it is.

In February 2015, Browder’s saga took another curious twist when lawyers tried to subpoena him and he responded by jumping out of his car and sprinting away into the night. That was captured on tape and put onto YouTube.

The lawyers who approached Browder represented Russian businessman Denis Katsyv and alleged that Katsyv was facing legal problems due to erroneous information coming from Browder. Browder’s lawyer explained that the subpoena attempt was “harrowing” because of concerns he had over his personal safety.

Browder was deposed a few months later, regarding the legal case United States v. Prevezon Holdings Ltd. It was an opportunity for him to raise awareness about humans rights abuses and bring bad guys to justice. However, far from being forthcoming, the deposition transcript shows Browder often wouldn’t or couldn’t give details to support his allegations. The deposition takes on, at times, a comical feel as lawyers ask Browder, “You read English, right?”, and, “That’s just a crack, right? You were just being sarcastic?”

Still, notwithstanding every twist of this complex and serious saga, the mainstream media continues to present Browder in the most simplistic terms.