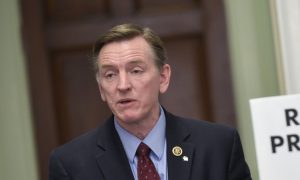 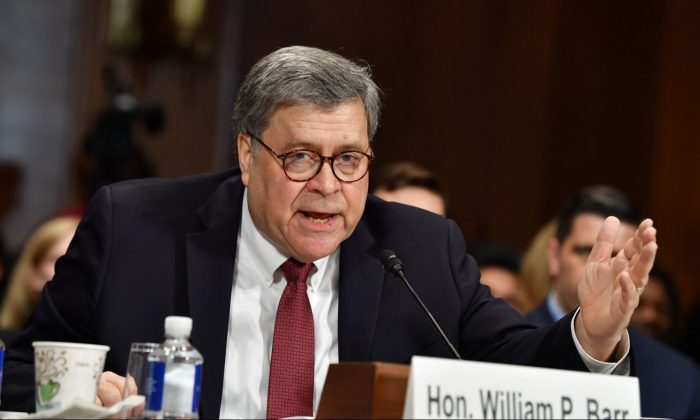 William Barr Is Correct With Regard to Treason

There is no love lost between President Donald Trump and former FBI Director James Comey.

According to a recent article in the Washington Examiner, Trump accused Comey, “who oversaw the beginning of the counterintelligence investigation into his 2016 campaign, of committing ‘treason,’ a crime that is punishable by death in the U.S.”

“Treason against the United States, shall consist only in levying War against them, or in adhering to their Enemies, giving them Aid and Comfort. No Person shall be convicted of Treason unless on the Testimony of two Witnesses to the same overt Act, or on Confession in open Court.

“The Congress shall have Power to declare the Punishment of Treason, but no Attainder of Treason shall work Corruption of Blood, or Forfeiture except during the Life of the Person attainted.”

Therefore, pursuant to this section of the Constitution, levying war against the U.S. is a treasonous act, as is giving aid and comfort to the nation’s enemies.

The 1807 treason case involving Aaron Burr is instructive on the meaning of “levying war.” In an opinion, Chief Justice Marshall, quoting the words of another judge, said: “War can only be levied by the employment of actual force. Troops must be embodied, men must be assembled, in order to levy war.”

In another phase of the same case, Marshall said: “It is necessary to show the assemblage in order to substantiate the two important elements, first of intent, and, secondly, of ability to carry out the crime. … [I]f there were not a sufficiency of people together assembled to make it clear that they had the ability to carry out such an intent, the conspiracy could not amount to treason.”

Justice Story reinforced Marshall’s opinion many years later and stated that there must be “some overt act done, or some attempt made by them [the assembly of persons] to execute, or towards executing that [treasonable] purpose.” The overt act could also consist of just words, according to an article in The Yale Law Journal.

The “giving aid and comfort” provision is broader and can include the act of providing weapons or troops to the nation’s enemies. “In short, engaging in any act that weakens the might of the United States, is considered to be providing aid and comfort,” according to Legal Dictionary.

Arguably, it might also include the act of giving classified or sensitive information to the nation’s enemies.

With these definitions in mind, a cursory examination of Comey’s alleged conduct raises serious red flags. For example, if he was involved in the beginning of a counterintelligence investigation that was based on a knowingly false dossier, which was subsequently utilized to obtain FISA surveillance warrants, many people could understandably consider such conduct as treasonous at first glance.

However, it’s important to note that, even if Comey is eventually found guilty of a criminal act, that does not mean that he is guilty of treason. As a matter of fact, many criminal acts do not amount to treason, while some treasonous acts are criminal.

Despite the vile nature of Comey’s alleged conduct, Barr is correct that it would not amount to treason as a matter of law.

According to University of Texas School of Law professor Steve Vladeck, writing in an NBC News op-ed, the “enemies” referenced in Article III, Section 3 “must be countries against which Congress has formally declared war or otherwise authorized the use of force.” Moreover, “levying war” against the United States “requires active and direct participation in an armed conflict, not just ‘un-American’ speech or insufficient patriotism.”

As a result, the treason clause in the Constitution appears to apply to acts that were conducted during times of war. (See Cramer v. United States). The Associated Press gave a list of several prosecutions for treason, which occurs pretty rarely.

The act of treason is difficult to prove and is not often pursued. The two-witness requirement makes prosecution for treason even more difficult to establish. The Constitution sets forth the types of acts that are treasonous in nature. Comey’s alleged conduct does not appear to fit. As a result, Barr appears to be correct.