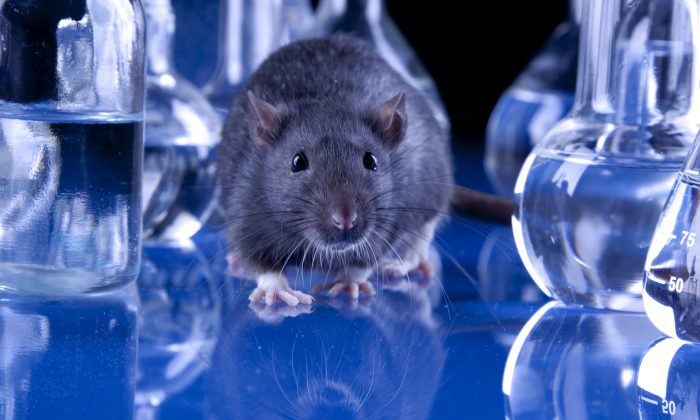 Will US Be Able to Follow Europe in Animal Testing Ban?

WASHINGTON—Hoping to build off recent bans in Europe and India, opponents of animal testing for cosmetics plan to make a big push for a similar prohibition in the United States. The effort could be a tough sell in a Republican-controlled Congress.

Virginia Democrat Don Beyer is expected to take the lead on the issue when the new Congress convenes next January. He is succeeding retiring Rep. Jim Moran, D-Va., who has introduced legislation that would prohibit testing cosmetic products on animals, as well as the sale of any new cosmetics if the final product or any component was developed using animal testing.

“The United States must be a world leader and not a follower,” Beyer told supporters in a campaign email highlighting the issue. His state is home to several cosmetic companies, such as Tri Tech Laboratories of Lynchburg, a custom manufacturer of personal care products.

Sara Amundson, executive director of the Humane Society Legislative Fund, called the Moran bill a “marker” to build political support, with a sustained lobbying effort to follow next year. To date, more than 140 cosmetic companies have endorsed the bill, including Paul Mitchell, the Body Shop, LUSH Fresh Handmade Cosmetics and Burt’s Bees.

The legislation might not face the most receptive environment next year, with regulation-averse Republicans running both houses of Congress, but Amundson said that proponents will cast it in a pro-business light.

“If U.S. companies have to comply with what’s already transpiring, for example, in the EU, one would want to ensure there aren’t any trade barriers,” she said.

Rep. Fred Upton, R-Mich., chairman of the House Energy & Commerce Committee, said if a bill is introduced next year, “we could take a look at it to get a better understanding at that time.”

Of the 55 co-sponsors of the Moran bill, only one was a Republican — Michael Grimm of New York. The Humane Society Legislative Fund donated $5,000 to Grimm’s campaign, citing his leadership and advocacy on animal protection issues.

“I have a puppy that I rescued from a puppy mill and I think that these are issues that are close to my heart and close to the hearts of many of my constituents back home in Staten Island and Brooklyn,” Grimm said.

The bill would not affect animals used for biomedical research.

The cosmetic industry trade group, the Personal Care Products Council, referred to an earlier statement by its executive vice president for government affairs, John Hurson, who said the legislation echoes the industry’s “longstanding commitment to ultimately eliminate the need to conduct animal testing” on cosmetics.

Hurson said cosmetic companies largely stopped animal testing on finished products in the 1980s, and now only consider using them when mandated by government bodies or for safety evaluations of new ingredients when no viable alternative is available. Under federal law, manufacturers aren’t required to test cosmetics on animals to prove product safety, but the FDA says it’s consistently advised cosmetic manufacturers to employ whatever testing is appropriate and effective.

Amundson said even though finished products aren’t tested on animals, some individual ingredients and formulations are.

Amdunson, the Personal Care Products Council and the FDA were unable to provide an estimate of how many animals are used in cosmetic testing each year.