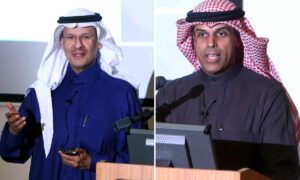 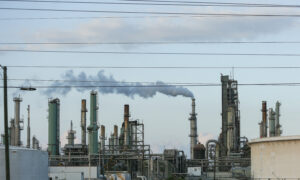 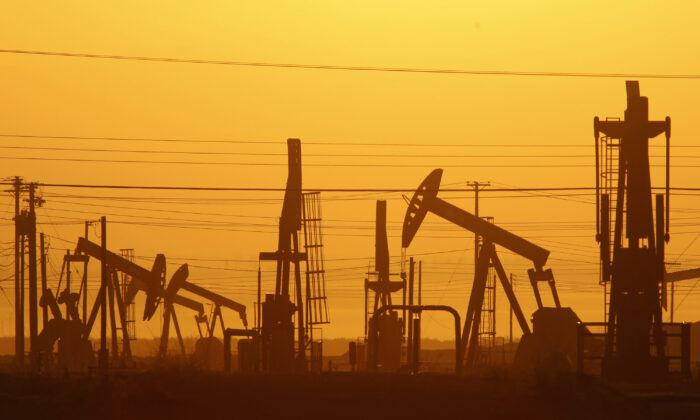 Pump jacks are seen at dawn in an oil field over the Monterey Shale formation near Lost Hills, Calif., on March 24, 2014. David McNew/Getty Images
Viewpoints

Rising tensions with US are a welcome diversion from a collapsing Iranian economy, mounting internal instability

The Trump administration’s sanctions on oil sales and other measures have already led Iran’s weakening economy to fall further into recession. Add to those woes relatively cheap oil prices, due in part to the United States’ ascension to global leadership in oil production, and Iran has seen its economy spiral downward and rising civil unrest.

But Trump’s hit on Iranian Gen. Qassem Soleimani—the leader of Iran’s Islamic Revolutionary Guard Corps (IRGC) Quds Force, which was designated as a terrorist organization in April 2019—has added a whole new dimension to the Middle East strategic calculus for both the United States and the Iranians. More on that in a moment.

Trump Did the Right Thing

Described as the second-most-powerful man in Iran, below only Supreme Leader Ayatollah Ali Khamenei, Soleimani is known to be responsible for hundreds of American deaths in Iraq and the maiming of thousands more since 2003. He was also involved in Kurdish deaths during and after the 1979 Iranian Revolution.

For decades, Soleimani ran proxy wars throughout the Middle East, including in Iraq, Lebanon, Syria, and Gaza, as well as Yemen, Saudi Arabia, and, of course, Israel. He also directed proxies in Latin America.

More recently, Soleimani was behind last week’s attack on the U.S. Embassy in Baghdad and other actions against U.S. assets in Iraq. What’s more, he was extremely effective at his job. Killing him was unquestionably the right thing to do.

But having done so may also mark the beginning of three momentous shifts in the politics and strategic relationships in the Middle East, and indeed, the world.

A Shift in How US Power Is Used

For one, we may be witnessing a shift in the way in which American power is used, and to whom it’s applied. By designating the IRGC as a terrorist organization, its leaders became enemy combatants and therefore, legitimate military targets. The fact that Soleimani was also a de facto member of the Iranian government denotes a willingness by Trump for decapitation attacks against the very top of Iranian leadership, bypassing the battleground altogether.

That hasn’t been a U.S. military policy against a state leader since the capture of Iraq’s Saddam Hussein in 2004. Trump’s hit on Soleimani, however, as well as his threats against “high level” targets deep in Iran, would seem to confirm this change in military engagement strategy.

Not to be outdone by Trump’s “personal attacks,” Iran has put an $80 million bounty on Trump’s head.

A Shift in Perception of US Resolve

Secondly, it announces a fundamental shift in the region’s perception of the United States and Trump’s willingness to act against those who threaten Americans or U.S. assets. This policy shift evolved over time and circumstances last year. Over the course of several provocative Iranian actions, from the shooting down of a U.S. drone, attacking Saudi oil fields, and taking over British shipping, among others, Trump deferred or canceled military responses that would potentially result in the deaths of innocent people.

Trump’s reticence to engage Iran if innocent people were likely to suffer was certainly viewed as a weakness by Tehran. Ayatollah Khamenei’s statement that the United States couldn’t do “a damn thing” in response to the embassy attack underscores that viewpoint. His perception has likely evolved over the past several days.

Acknowledging Iran’s War Against US

Another part of this perception shift is that, for the first time in perhaps the past four decades, the United States has now squarely addressed the war that Iran has been waging against it. Trump’s surgical but deadly and devastating response to Iran’s attack on the U.S. Embassy was a moment of extreme clarity for the world and, most importantly, for Iran.

The End of Cheap Oil?

Perhaps not so coincidentally, the third shift is that it may mean the beginning of the end for cheap oil around the world. Twenty percent of the world’s oil passes through the Strait of Hormuz, which is the biggest oil bottleneck in the world. Due to its geographic proximity, Iran has ample opportunity to disrupt the flow of oil in the narrow, 21-nautical-mile-wide strait.

Should a conflict with the United States occur, the passage of oil tankers through the strait would likely become much riskier, sending oil prices northward. For Iran, that would be a huge and much-needed win. In fact, with Russia’s economy in the dumps as well, it would also greatly benefit from higher oil prices.

Does that incentivize Iran to escalate its response to Soleimani’s assassination?

A retaliatory response may also help Iran’s leadership maintain power, considering that many in Iran were actually celebrating Soleimani’s death. Widespread demonstrations in Iran already underscore the weakness of support for continuing the mullah’s vision for Iran. Iran is seeing the largest level of civil unrest since the revolution, with the killing of hundreds in the streets by government forces.

But such unrest and celebrations also give the regime a tangible, nationalist reason to crack down on all dissent, regardless of the source.

For Trump, further engagement with Iran may hurt his reelection chances, given that he has campaigned against the “endless” Middle East wars. What’s more damaging to his chances would be the potentially damaging economic blowback of soaring oil prices. The United States may be more immune today than it was in the 1970s and ’80s to oil price shocks, but much of the world isn’t.

Rising oil prices may be a win for U.S. oil producers, but a loss for American consumers and the economy as a whole. My predictions about this situation end there—for now.