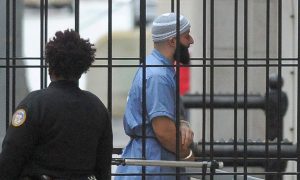 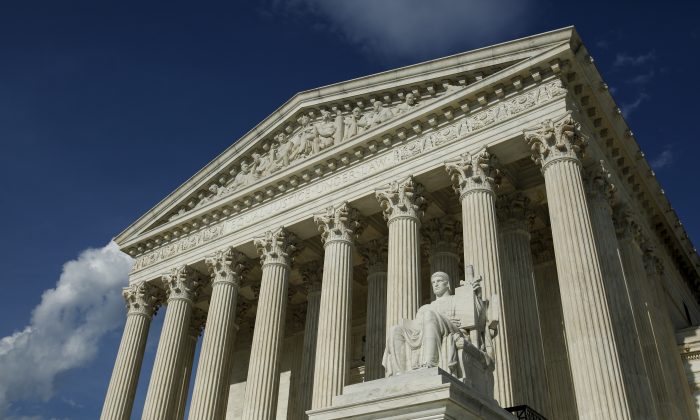 The Supreme Court building in Washington on May 7, 2019. (Samira Bouaou/The Epoch Times)
Viewpoints

Will the Supreme Court Agree to Hear Adnan Syed’s Case?

Attorneys for Adnan Syed recently filed a petition asking the Supreme Court to take his case (grant certiorari) and to reverse the ruling of the Maryland Court of Appeals, which refused to grant Syed a new trial after he was convicted and sentenced to life imprisonment for the murder of his ex-girlfriend, Hae Min Lee.

As set forth in the petition, in 1999, Syed was a 17-year-old high school senior when he was charged with the murder of Lee. According to prosecutors, the murder occurred right after school, between 2:15 and 2:35 p.m.

Apparently, there were only two teenagers who could testify about Syed’s activities immediately after school on the date of the murder. One of them, Jay Wilds, whose credibility was questionable (according to Syed’s lawyers), said that “Syed showed him Lee’s body in the trunk of a car shortly after school.” The other, Asia McClain, indicated that “she talked to Syed at the library adjacent to the high school between 2:15 and 2:35 p.m. that day, and that others could corroborate her story.”

Syed hired Cristina Gutierrez to represent him in the criminal case. However, Gutierrez failed to present McClain’s testimony to the jury. The petition states:

“Unbeknownst to Syed, Gutierrez failed to contact McClain and never followed up on McClain’s offer to identify other witnesses who saw Syed at the library at the time of the murder. Instead, Gutierrez argued that because Syed attended track practice on most days after school, he likely did the same on the day that Lee was killed. The jury was unconvinced, and it convicted Syed of murder.”

According to Syed, Gutierrez’s failure to contact or follow-up with McClain was extremely prejudicial to his case. After all, McClain’s purported testimony would have put him in the library at the time of the murder.

The Maryland Court of Appeals rejected this argument and held that no prejudice occurred. As set forth in Syed’s petition, the court didn’t analyze the facts that were presented by the state during the trial, including the time of the murder. Rather, it improperly considered a hypothetical set of circumstances that weren’t presented at trial.

According to the petition, the Maryland court opined that the jury could have disbelieved the state’s theory as to the time of death, which, hypothetically, could have occurred later in the day. And since McClain’s testimony didn’t undermine this hypothetical, that it was indeed possible. As such, the failure to present McClain’s testimony about what Syed did right after school was deemed not prejudicial because the murder could have occurred later in the day.

The petition asserts that the Maryland court’s decision was erroneous (and should be reversed), and that Syed suffered prejudice due to his lawyer’s failure to contact McClain. According to Syed’s counsel, the Maryland court failed to utilize the proper approach when it decided whether he suffered prejudice due to his lawyer’s conduct.

In his petition (pdf), Syed cites the Supreme Court’s decision in Strickland v. Washington, which stands for the proposition that, when determining prejudice, a court is to “compare the case that the State actually presented at trial with the case that the defendant would have presented if his attorney had been effective.” According to Syed’s counsel, this is the approach that the majority of courts utilize when determining prejudice under Strickland.

In light of the Maryland court’s interpretation of Strickland, Syed is asking the Supreme Court to grant certiorari in order to determine whether courts must take the state’s case as it was presented to the jury when evaluating Strickland prejudice. According to Syed’s counsel, the Maryland court’s decision was as odds with “at least ten state and federal courts.” Therefore, he is asking the Supreme Court to resolve the dispute.

Time will tell whether the high court agrees to take the case.