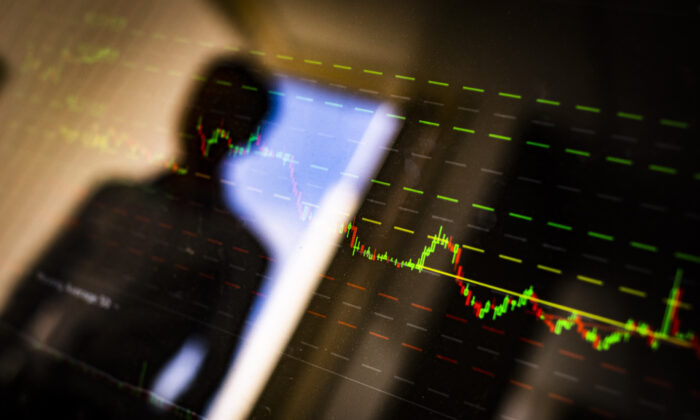 Will the Stock Market Crash?

The answer to this crucial question is Yes … and No. Yes, because this is the most over-valued stock market in history, underpinned by the second-highest level of leverage in history, and both these factors have ultimately led to a crash in the past. No, because the factor that has driven the market since the “Great Recession” (or the “Global Financial Crisis”) of 2008 has been—the Federal Reserve. I’ll cover overvaluation and leverage in this column, and how the Federal Reserve can defy both in the next.

The Stock Market is supposed to track the health of the economy, so by rights, it should move with the ups and downs of the economy itself: changes in the share market should roughly track changes in GDP. That was roughly true until the mid-1990s, but after then, the indicator has gone haywire. Figure 1 plots the SP500 Index and nominal GDP against each other, with GDP rescaled so that it starts at the same value as the SP500 in 1950 (16, versus today’s 4400).

Then the Subprime Bubble took over, driving the SP500 index up 75 percent when the economy rose by only 30 percent. We all know what happened next: the Subprime bubble burst, driving both the stock market and the economy down—but the former by far more than the latter.

When the dust had settled by late 2009, the Index and the economy were back to much the same levels: the relative sanity of the period from 1950 till 1995 had been restored.

But not for long.

So too is the level of borrowing that underpins the market. Loans to buy shares are called “Margin Loans”: the purchaser puts down 50 percent of the money needed for the portfolio, and borrows the rest from the stockbroker. Stockbrokers in turn borrow the money they lend out on margin from banks, and of course, they charge the speculators a higher rate than they pay to the banks.

Margin debt is a lucrative source of revenue for stockbrokers, which they aggressively promote when the market is going up.

Margin debt is now the highest it has been since legislation limited margin lending to 50 percent of a portfolio. These laws were brought in after the stock market crash of 1929 when margin loans were allowed to be 90 percent of a portfolio. In the 1920s, a stock market speculator could put down $100 and buy $1,000 worth of shares. If the shares went up 10 percent, the speculator doubled their real money, from $100 to $200. Gains like that were an important factor in why the 1920s were called The Roaring Twenties. The speculators ignored that they still owed the stockbroker $900, and were paying interest on that debt as well, as they partied like never before.

The great danger of margin debt is that when the stock market falls, the speculator is required to maintain the value of the portfolio by adding more money—money they might not have. This unspoken danger hit hard in October 1929, giving us the greatest stock market crash of all. There is no wonder as to why that crash was followed by the Great Depression when you realize that, adjusted to fit today’s data, margin debt peaked at 13 percent of GDP, and then crashed to under 1 percent.

After the horrific events of the Great Depression and World War II, margin debt, now limited to 50 percent of a portfolio rather than 90 percent, never exceeded 1 percent of GDP. Until 1995—and there’s that date again.

Then margin debt took off, from under half a percent of GDP back in 1991 to 1 percent in 1995, and ultimately 3 percent in 2000, just before the stock market crashed. The same boom and bust cycle repeated itself from late 2002 till the Subprime Crash of 2007. Since then, margin debt has bubbled once more to a new post-WWII record of over 4 percent of GDP. It’s primed for a crash.

On the other hand, mainstream economic theory—known in this instance as the “Modogliani-Miller Hypothesis”—will assure you that leverage has no impact on the value of shares. The reasoning goes that an unleveraged stock buyer can buy shares in a highly geared company, or a leveraged stock buyer can buy shares in a company with no debt itself. Overall, conventional economists assert that all that matters is the expected returns of the company over time: leverage is irrelevant.

That argument, like almost all of mainstream economics, relies on assumptions that are obviously nonsense. My rule of thumb is similar to Warren Buffet’s here: if mainstream economic theory asserts that something is true, then it’s almost certainly false.

Here again, we can forget the esoteric arguments and just look at the data. The best comparison of share prices to income is Robert Shiller’s “Cyclically Adjusted Price to Earnings Ratio” (CAPE), which compares earnings over the previous ten years to the current stock price for every share in the SP500. The value of the index—which is the best indicator of whether shares are above or below their long-term price—is now the second highest in history, above the level of 1929, and exceeded only by the mad heights reached during the Dot Com bubble in 2000.

Partly, but not exclusively, it’s margin debt once more. My argument proceeds from the fact that assets, like shares and houses, are bought using borrowed money. With new debt being a major source of the demand for shares, there is a link between new margin debt and share prices. This manifests itself as a relationship between change in new margin debt, and change in the CAPE index. Given how volatile both time series are, the correlation between the two is staggering:

So again, on the basis of this relationship, the stock market is set up for a crash.

But will it? I expect there will be crashes galore in the coming years. But each time they happen, the Federal Reserve will step in with its unlimited buying power and reignite the bubble. I’ll explain how it does this in next week’s column.