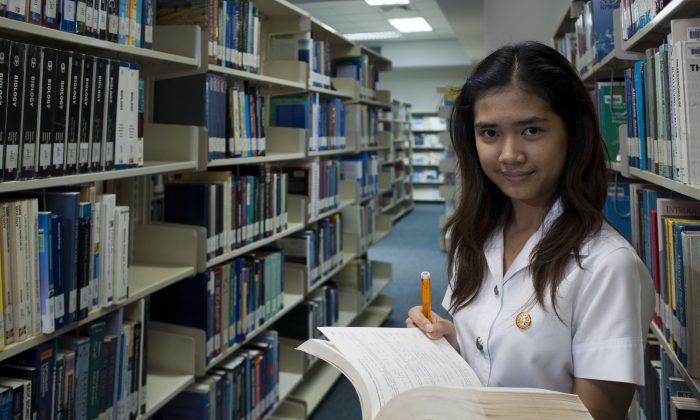 Will the ‘Right’ College Major Get You a Job?

A college education provides lots of benefits. Those benefits include acquiring skills, identifying interests, learning about others across time and space, and establishing personal and professional connections.

Abundant evidence exists that college graduates are more mature and self-confident, better citizens, healthier, wealthier and happier than individuals who do not have an undergraduate degree.

As the cost of attendance has skyrocketed, however, students and their parents are focusing more and more on short-term considerations. Does college constitute a sound financial investment? Will a graduate get a good job with a high salary?

In Will College Pay Off?, Peter Cappelli, a professor of management and director of the Center for Human Resources at the Wharton School at the University of Pennsylvania, draws on existing data on employment and higher education in the United States to provide some surprising and provocative answers to these questions.

In the process, he busts pervasive myths and misconceptions.

Cappelli acknowledges that the average college graduate now earns considerably more than a person with a high school degree and that the gap between them is growing.

He points out, however, that the “college wage premium,” the difference between the annual and lifetime earnings of college graduates and those who do not have have an undergraduate degree, has been volatile in the United States over time. As recently as the 1960s and the ’70s, no gap existed. The current gap is higher for workers who have been out of college longer.

Cappelli implies that it may well narrow sometime soon.

In Italy and China, for example, college grads are no more successful than high school grads in the job market.

According to Cappelli, the current labor force is overeducated – a controversial claim at variance with recommendations by the President’s Council on Jobs and Competitiveness and other organizations dominated by corporate executives, who, Cappelli implies, have an interest in generating a surplus of qualified workers.

The average worker, he indicates, has about 30% more education than his or her job requires. About 60% of parking lot attendants have some college education. To document his conclusion, Cappelli includes the results of a survey on employment outcomes 2010-2012 conducted by the Center for Economic and Policy Research.

The survey shows that 22% of recent graduates in engineering, 23% in education, 26% in health, 31% in math and computing, 36% in sciences, 43% in architecture and construction, 47% in social sciences, 48% in agriculture and natural resources, 51% in business, 55% in the liberal arts, 56% in communications and 56% in leisure and hospitality were in jobs where a bachelor’s degree was not required!

Cappelli insists as well that the assumptions about the (decidedly positive) average financial impact of a college education have limited utility. One reason is that graduation rates have declined significantly, with fewer than 60% of students, many of them laden with loans, getting a degree six years after they entered as freshmen.

There are also dramatic differences between the “sticker price” and the tuition and fees families actually pay. Also, the variation across schools and fields for those who do graduate is quite large. Additionally, there is an excessive emphasis these days on first jobs, even though they are no longer a reliable indicator of a successful career path.

Equally important, Cappelli maintains that choosing a major in a field that is “hot,” an approach many politicians want to tie to financial support, is a “fool’s errand.”

For one thing, labor markets are notoriously volatile. In response to the fracking boom, for example, enrollments in petroleum engineering have tripled; this huge surge, he predicts, will soon make the field as unattractive as it was in the 1980s.

And, contrary to conventional wisdom, there does not appear to be a shortage of “STEM” (science, technology, engineering, math) grads. While the number of STEM grads is increasing dramatically, only 22% of recent undergraduates who completed majors in science and math got jobs using these skills.

Employees prefer to hire people who have decision-making, organizational and planning, problem-solving, writing and communication skills.

These skills, Cappelli suggests, are best learned in liberal arts programs. Currently derided by proponents of a more “practical” curriculum, the liberal arts, he writes, “may make the greatest intellectual and learning demands on students of any field.”

To be sure, a liberal arts degree does not come with a guarantee of a big financial payoff. But then again, despite implicit and explicit promises, neither do the much ballyhooed applied vocational degrees.

Sending a child to college is often the most significant decision a family makes. A college degree can, and often does, pay substantial dividends (some of them financial) on that investment.

But the relationship between the choice of a specific institution and a major and a lucrative (and fulfilling) first job and career is complicated. It has lots of moving parts.

And so the best advice to prospective students may well be advice that has been around for a long time: after factoring in need-based financial aid and/or merit-based scholarships, go to the college with the best students and the most distinguished faculty.

Major in what interests you most and what you are best at.

Glenn Altschuler is Thomas and Dorothy Litwin Professor of American Studies and Dean of the School of Continuing Education and Summer Sessions at Cornell University.