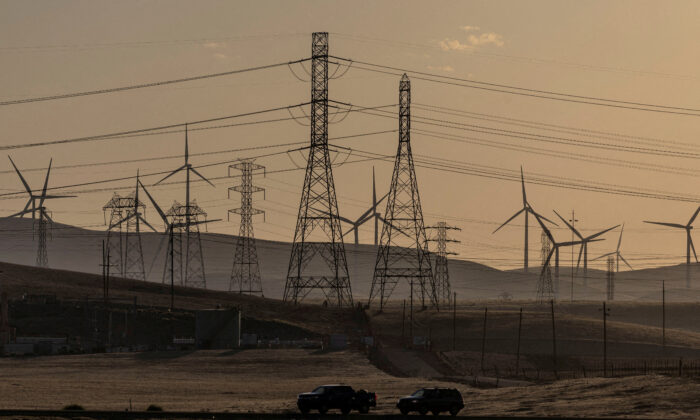 Will the Electricity Stay on in California?

Temperatures in Orange County where I live recently soared close to 100 degrees, maybe above it. On Twitter, Gov. Gavin Newsom was pleading with Californians:

I wonder how many of his rich donors in Silicon Valley and Hollywood were following this in their vast mansions?

Meanwhile, I talked to a relative of mine who lives in Phoenix, Ariz. Their temperatures were even higher than ours. The low 100s are actually cool for a September day in Arizona, which usually runs to 115 or even 120.

But he said there was no threat of the power going out. Gov. Doug Ducey, who like Newsom looks to be running for president, didn’t ask anybody to turn down the air conditioning. KJZZ reported Sept. 7:

“It is very hot here in Phoenix but we plan for 116-degree temps and so we basically are prepared for this as business as usual here in Phoenix,” Joiner said.

Joiner also said another difference is that APS power generation stations are fully operational while in California, some are offline right now.

How embarrassing for California, which touts itself as the most advanced economy in the world—indeed, we’ve heard it so often, the world’s “Fifth Largest Economy.” But it might not be able to to keep the lights on, or the air conditioning running so old folks don’t die of heat stroke.

Meanwhile, how’s it going with California’s stated intention to inspire the entire world to move to renewable energy? To get rid of that yucky fossil-fuel-based economy and replace it with green power? The language of Assembly Bill 32 of 2006, signed into law by Gov. Arnold Schwarzenegger and still in force, actually said:

(c)  California has long been a national and international leader on energy conservation and environmental stewardship efforts, including the areas of air quality protections, energy efficiency requirements, renewable energy standards, natural resource conservation, and greenhouse gas emission standards for passenger vehicles. The program established by this division will continue this tradition of environmental leadership by placing California at the forefront of national and international efforts to reduce emissions of greenhouse gases.

(d)  National and international actions are necessary to fully address the issue of global warming. However, action taken by California to reduce emissions of greenhouse gases will have far-reaching effects by encouraging other states, the federal government, and other countries to act.

But this is from the Financial Times on Sept. 7: “Europe’s new dirty energy: the ‘unavoidable evil’ of wartime fossil fuels.” The story:

In July last year, EU commissioners set out a range of green policies to put the continent on a path to becoming climate neutral by 2050. “The fossil fuel economy has reached its limits,” said Ursula von der Leyen, the commission president.

Little more than a year later, those commissioners are now overseeing tens of billions of euros of spending on fossil fuel infrastructure and supplies, amid severe cuts to gas supplies from Russia and record high prices.

Data analyzed by the energy think-tank Ember Climate for the Financial Times suggest that European governments will spend at least €50bn this winter on new and expanded fossil fuel infrastructure and supplies, including gas shipped in from overseas and coal to fuel previously mothballed power plants.

It should be remembered von der Leyen is not an elected official. She represents no one but the bureaucrats and technocrats who run and ruin our lives.

One thing we know about wars is: Little concern is given to the environment, because victory is paramount—for each side. With the Ukraine War apparently lasting many more months, or even years, and the shift of Russian energy to China possibly permanent, the EU countries are more concerned about keeping people from freezing to death this winter than being inspired by AB 32.

Then there’s coal-generated energy in developing countries. I’ve reported on this a couple of times in The Epoch Times. Here’s just one update:

India’s President Modi has been promising a transition to green energy. But the Washington Posted reported in May, “In the past month, as India broiled under a historic heat wave and consumed a record amount of electricity for cooling, the Coal Ministry announced it would reopen old mines and increase output by 100 million tons. As cities went into rolling blackouts because of electricity shortages, the Power Ministry ordered plants that burn imported coal to run at full capacity.”

Back to California, the whole world is laughing at its contradictory policies. The Epoch Times reported Sept. 8, “California Issues Alert for 9th Day in a Row, Again Requests No Charging of Electric Vehicles.”

The story: “The ISO again issued an alert and called on residents to not charge their electric vehicles, use major appliances, and to turn off lights between 4 p.m. and 9 p.m. That’s because the state, in part, relies on solar energy. When the sun goes down, solar power stops working.”

That came after the California Air Resources Board on Aug. 25 banned gas-powered new car sales beginning in 2035.

“The whole world is watching,” was a slogan shouted by 1960s hippy war protesters.

Now for California it’s, “The whole world is laughing.”