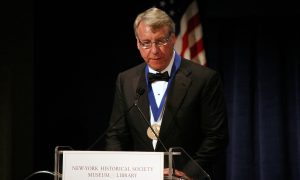 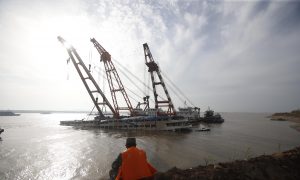 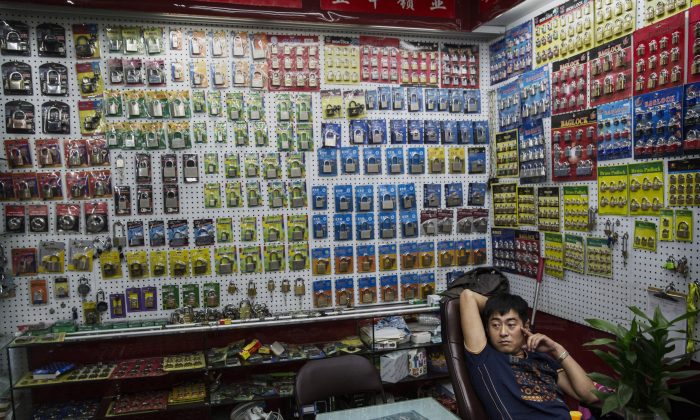 After the investment bubble in China blew up, everybody from McKinsey & Co. to former Goldman trader Ted Wang is now hoping the consumers will come out and save the day.

Now it’s Ted Wang’s former employer Goldman Sachs pushing the same theme in a new report—and coming up with some surprising facts in the process.

For example, only 2 percent of China’s 770 million adults earn enough to pay income tax and only 11 percent can be considered middle class. Of course, Goldman thinks this is an opportunity rather than a sign that something is very wrong, like Gordon Chang, author of “The Coming Collapse of China.”

The Goldman report states “What the world has seen so far is only a preview of the opportunities to come.”

As opposed to Chang, who recently told Epoch Times, “When the system is no longer delivering prosperity, when you have real serious economic problems, I think people are going to say, ‘I’ve had enough.'”

Of course, there are people in China making enough money to spend it and also pay income tax.

Goldman groups them into different categories.

With these numbers, it doesn’t come as a surprise that China ranks among the worst countries for income inequality as measured by the GINI coefficient. And doesn’t it appear odd that a country just having undergone the fastest industrial revolution on record still has the most people employed in agriculture?

However, let’s follow Goldman and look at the potential. According to Goldman, Chinese consumer spending has seven different categories:

As incomes rise—which we need to remind readers is not a given—Goldman hopes spending will shift to higher value products, like investing in one’s well-being and “having more fun.”

And maybe China also wants to skip some unhealthy habits and just keep eating well, stemming obesity rates that rose over the last decade. They certainly don’t want to reach the 36 percent level of the United States.

Aside from many other fun facts, over half of the young urbanites spend less than $5 per day for three meals and a pair of unbranded blue jeans costs $6, the report has the answer to our question of whether the consumer will come and save the day:

“Only 11 percent of the population has reached the middle class. As their ranks swell, so will their effect on the global economy. There will be huge opportunities for the entertainment, food service, technology, and other industries.”

With the economy slowing, however, and Chinese companies drowning in debt, it also keeps begging the same old question: Where are consumers taking the money from to ramp up spending?