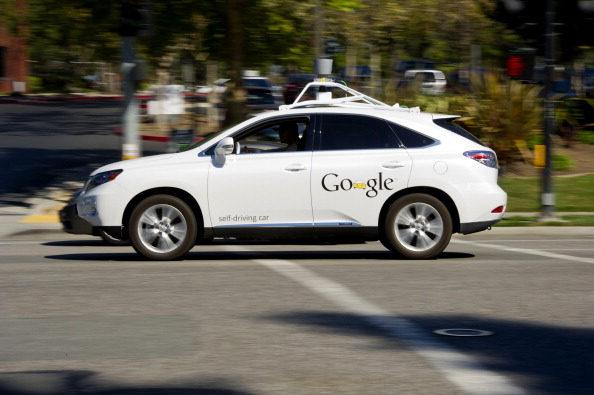 Google has been publicly testing self-driving cars in its backyard for a few years, but it was only last week that the world found out the company had quietly spun off a separate company, Google Auto, to oversee its car-related ventures.

Citing documents obtained through a Public Records Act request, the Guardian reported on Aug. 1 that Google Auto LLC was created in late 2011.

The company was established as a limited liability company, the report says, likely to protect the parent from liability in its risky new endeavor: If Google test vehicles get into accidents, the legal separation makes it more difficult for a plaintiff to go after Google’s assets in court.

The issue of liability—whether it lies with the individual car owner or the self-driving software maker—is a major question facing the auto insurance industry in a future where autonomous vehicles (AVs) are expected to become the norm.

The question probably won’t be answered until it’s tested in the courts.

The other looming question, however, is how the industry will weather the expected massive loss in revenue as insurance claims decline.

One of the main selling features of AVs is lower accident risk. Thus, experts agree that the number of car accidents should drastically decline as driver error is removed from the equation. And as accidents decline, so will the need for auto insurance.

The U.S. auto insurance industry collected more than $200 billion in premiums in 2012. Of that, 87 percent went to personal insurance plans, and 13 percent to commercial ones.

A report published in June by KPMG, one of the world’s largest auditing firms, in conjunction with the Center for Automotive Research (CAR), predicts that as a result of AVs, the rate of auto accidents will fall 80 percent by 2040, and that car insurance will in turn shrink, although not in perfect proportion.

The personal auto insurance sector will shrink by as much as 60 percent by 2040.

They anticipate the personal auto insurance sector will shrink by as much as 60 percent by 2040. Commercial auto insurance business, by contrast, is predicted to remain stable over the next 25 years on the assumption that self-driving technology will motivate people to shift from owning cars to commuting, using ride-sharing services like Uber that deploy self-driving cars.

Semi-automation of select elements of driving has already led to a decline in accidents. Owners of cars with “front crash prevention technology” file insurance claims at 7 to 15 percent less than those who don’t, although the change hasn’t been large enough to make a major impact on the auto insurance industry yet, says the KPMG–CAR report.

Yet even as the number of car accidents declines, the report predicts that the average cost of accidents will increase, from $14,000 to $35,000, because expensive self-driving systems would be destroyed in the process.

Nonetheless, the analysts expect the total annual cost of auto damages to fall from $145 billion in 2013 to $86 billion in 2040, with the market share of commercial auto insurance jumping from 13 percent to 28 percent. The more sophisticated nature of self-driving technology should push the percentage of losses made up of “product liability” from 0 to 14 percent.

Beyond 11 years, 49 percent say they believe self-driving tech will have an extremely significant impact on their industry. At the same time, they don’t expect the impact to hurt the bottom line: 68 percent believe that self-driving technology will have no impact on the profit of underwriting insurance. The remainder was evenly split on whether that profit will increase or decrease.

While it’s still too early to divine the future, there’s a general consensus that there won’t be a sudden AV revolution, but rather an incremental adoption, by consumers and manufacturers. This gives insurance companies time to adapt and survive—if they’re innovative enough.

“Forward-thinking insurance carriers and auto manufacturers will create new opportunities to thrive in this automated environment, while others are likely to see a significant erosion of revenues,” says PricewaterhouseCoopers’s annual report on the insurance industry.

Forward-thinking insurance carriers and auto manufacturers will create new opportunities to thrive in this automated environment, while others are likely to see a significant erosion of revenues.
— PricewaterhouseCoopers

Most important for insurers, if they are to adapt, is to understand how vehicles will enter the market and prepare for it. Four levels of vehicle automation, as outlined by the National Highway Traffic Safety Administration, are now taken as the standard in the insurance industry:

Level 3 cars, for example, create different risk profiles and different liabilities depending on whether a human or computer was in control at the time of an accident.

“This type of risk slicing offers a number of interesting pricing options for auto insurers. Similar to usage-based or mileage-based insurance that telematics-driven auto insurers offer, we could see insurance premiums priced differently based on the mode of driving,” says PricewaterhouseCoopers.

Assessing claims will shift from adjuster investigations to analyzing the data from on-board diagnostics, essentially a car’s black box, which could reduce costs for insurers, says the report: “Such auto claims settlement has promise to increase claims satisfaction and reduce litigation costs.”

The report also suggests that insurers keep watch on growing trends like car sharing. Some insurers can take advantage of the opportunity to work directly with car manufacturers or dealers to create new products for these new occasional drivers:

“These players would have a fundamentally different business model and could progressively capture market share as the number of autonomous cars increase.”

Cyberliability is another new risk that comes with the AV technology.

Cyberliability is another new risk that comes with the AV technology. The possibility that criminals could hack individual cars, or that cyberterrorists could wreak havoc on a larger scale, is already something the insurance industry is talking about.

For the truly innovative, if all else fails, PricewaterhouseCoopers suggests breaking into a new line of work altogether—like entertainment services:

Possibly the biggest benefit American insurance companies have is that with the tight regulatory environment in the United States, self-driving cars will likely break into other markets first. This means U.S. companies can watch and learn how their counterparts handle the transition, and try to avoid whatever mistakes they make.