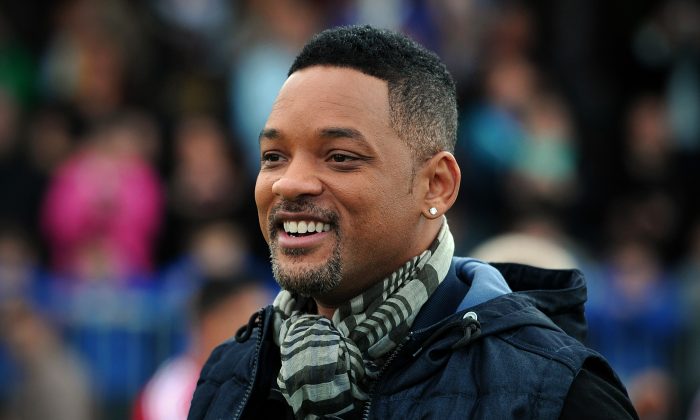 Will Smith is not dead. (CARL COURT/AFP/Getty Images)
News

Will Smith, the actor and former rapper, has not died, but hoaxers on Twitter and Facebook are saying otherwise.

On Twitter on Monday, thousands of people tweeted “RIP Will Smith” or said he was dead.

There are no reports in mainstream or local media about Smith dying.

In recent years, Smith has been a frequent victim of Internet death hoaxes.

The origin of the death hoaxes appear to be from several fake TMZ accounts, which say they are parody. “This account is a PARODY! The news on this account isn’t real!” one reads, and the other one says the same thing.

Another origin of the death hoax appears to be from a scam post that’s going around on Facebook.

“So, what’s with the bogus posts? It’s a scam. The posts are spreading because people are being suckered into attempting to view the nonexistent video. Then they’re suckered into granting a rogue application permission to access their Facebook profile and post on their behalf. Basically, the bogus posts are reproducing themselves with users’ help,” About.com writer David Emery says.

The post claims that Smith died while on the set of “Bad Boys III,” which isn’t true.

“Besides compromising the security of your Facebook account, these links may also download malicious software to your computer. If blurbs like these show up on your news feed, do not attempt to view the video and do not click “Allow” if the app asks permission to access your profile information,” Emery continues.

There’s also a report from fake news site Global Associated News that’s been going around. It said he died while filming a movie in New Zealand.

But it adds at the bottom: “FAKE… THIS STORY IS 100% FAKE! this is an entertainment website, and this is a totally fake article based on zero truth and is a complete work of fiction for entertainment purposes! this story was dynamically generated using a generic ‘template’ and is not factual. “