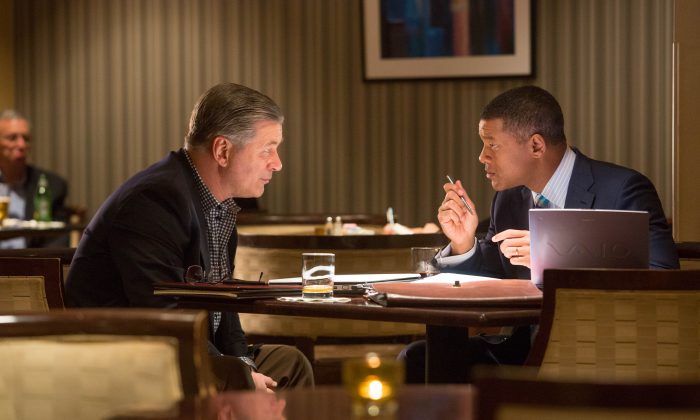 Will Smith has spoken for the first time following his wife’s announcement of her boycott of the upcoming Oscars.

Will Smith says he supports wife Jada Pinkett Smith, and confirmed that he, too, will be boycotting the awards ceremony.

The boycott comes after it was revealed that the 20 major acting nominees are all white, for the second year in a row.

“We’ve discussed it. We’re part of this community but at this current time, we’re uncomfortable to stand there and say that this is OK,” Smith said on Good Morning America.

We must stand in our power!

We must stand in our power.

Smith praised his wife, who announced her boycott on a video she posted to Facebook.

“She’s deeply passionate and when she is moved, she has to go. And I heard her words and I was knocked over, I was happy to be married to that woman but I appreciated the push,” he said.

Smith said that it wouldn’t have mattered if he or his wife had been nominated, and argued that Hollywood should better reflect America’s diversity.

“This is so deeply not about me,” he said. “This is about children that are going to sit down and they’re going to watch this show and they’re not going to see themselves represented.”

He then hit out at the Academy, which is overwhelmingly Caucasian.

“When I look at it, the nominations reflect the Academy. The Academy reflects the industry, reflects Hollywood and then the industry reflects America. It reflects a series of challenges that we are having in our country at the moment,” he said.