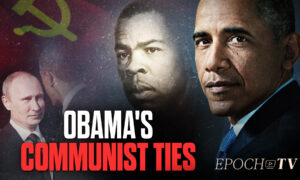 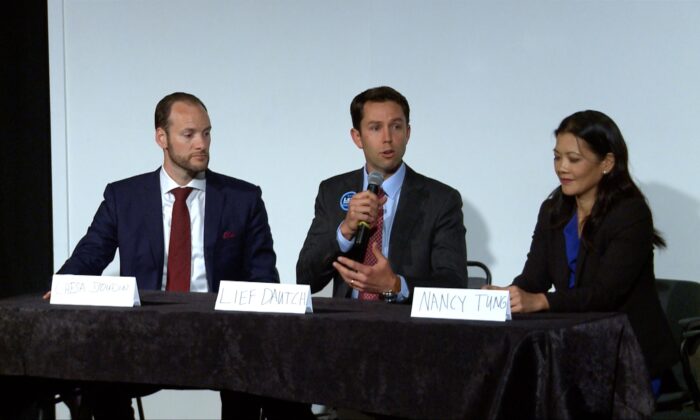 Chesa Boudin, San Francisco’s radical district attorney, could face a recall later this year. According to Ballotpedia, after an initial recall effort failed, “A second recall effort was started on April 28, 2021, by a group called the San Franciscans for Public Safety. Organizers have until October 25, 2021, to gather the same number of signatures (51,325) in order to move the recall forward.”

Boudin is no ordinary American radical lawyer who picked up Cultural Marxism from his leftist college professors.

Older Americans might remember when terrorists set off scores of bombs in America’s cities five decades ago. The majority of the perpetrators were home grown, usually members of the Weathermen—later renamed the Weather Underground to be less sexist.

Although the terrorist attacks tapered off in the 1980s, in 1981 Weather Underground leader Kathy Boudin participated in the robbery of a Brink’s armored car in Nanuet, New York, that killed two police officers and a security guard. She was convicted, but paroled in 2003.

Then she became a professor at Columbia University. It’s impossible that a neo-Nazi convicted murderer would become a professor at a university. Yet she did because she was a leftist, not a rightist. Wonder no more why our universities turn out radical leftist, anti-American graduates.

Her son Chesa Boudin was a year old when she committed murder. He grew up raised by two other convicted leftist terrorists, Bill Ayers and Bernardine Dohrn. Ayres bombed the Pentagon, the U.S. Capitol, and the New York City Police Department. He was caught, but got off due to FBI misconduct. Ayers later became an adviser to a young Barack Obama and an education professor who advanced radicalism in the schools.

Dohrn was independently sent to prison for seven months, but only for refusing to testify against a fellow terrorist. She became a professor at the Northwestern University School of Law.

Compare the treatment of these leftist terrorists to the Jan. 6 protesters at the U.S. Capitol. Most at worst should have been charges with misdemeanor trespassing and let out on bail.

Back in San Francisco, Chesa Boudin ran on ending “mass incarceration” and deemphasized such “quality of life” crimes as shoplifting and car theft. Thanks to funding by George Soros and other leftist billionaires, in 2019 he was elected. It was close. He garnered 50.8 percent of the vote to the 49.2 percent of Suzy Loftus, a career prosecutor, in the city’s controversial ranked-choice voting system. The difference was 2,840 votes.

The result: “Reports of vehicle break-ins are up by between 100 percent and 750 percent in parts of San Francisco,” reported Fox News in July. “The number of thefts from vehicles reported citywide in the month of May was more than double, from 923 in 2020 to 1,891 the same month in 2021, San Francisco Police Department (SFPD) data shows.”

ABC 7 News reported also in July: “Target has now acknowledged that San Francisco is the only city in America where they have decided to close some stores early because of the escalating retail crime…. Walgreens has already closed several stores for the same reason.”

Fox News in August: “The city reported 119 shootings, both fatal and non-fatal, for the first six months of 2021, compared to 58 in the first half of last year.”

Of course, much of the mayhem has resulted from the disturbances after George Floyd died in Minneapolis on May 25, 2020 while in the hands of police. Officer Derek Chauvin was convicted of murder on April 21, 2021.

But the solution to the problem of police misconduct is not to turn criminals loose or “defund the police.” The victims in San Francisco and other cities are overwhelmingly the poor, especially minorities.

The solution comes from New York City, where former police officer Eric Adams is running to replace the discredited de Blasio. Adams currently is the president of Brooklyn Borough. In the 1990s, when Rudy Giuliani was mayor and cut crime, Adams worked with the city’s new computerized crime-fighting system. But he also fought bad police behavior as a founder of the reform group 100 Blacks in Law Enforcement Who Care.

As he told New York Magazine of the “defund the police” movement: “Now, this is really being led by a different demographic. There are a lot of young white affluent people who are coming in and setting the conversation.”

A Democrat, his election against the token Republican opposition is in November. By the end of this year, we should have some indication of which direction American cities are going: Boudin’s turn-the-criminals-loose approach—or Adams’ reforms that strengthen both police responsibility and protection.