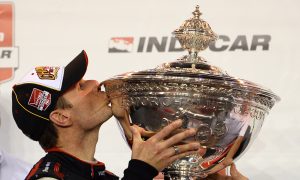 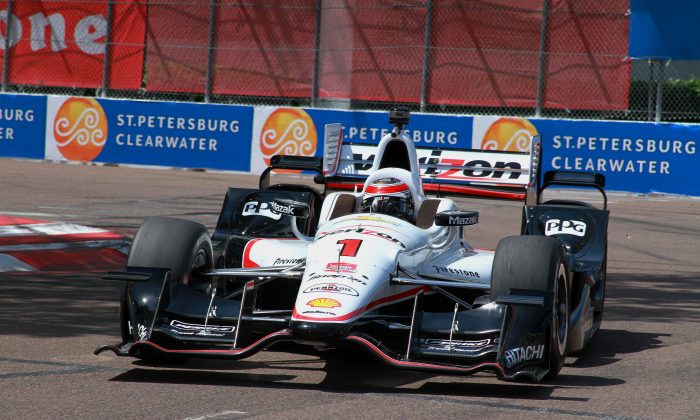 Will Power in the #1 Penske Racing Dallara-Chevrolet, was quickest in both practice sessions for the IndyCar Grand Prix of St. Petersburg. (Chris Jasurek/Epoch Times)
Motorsports

ST. PETERSBURG, Fla.—2014 series champion Will Power is off to a very fast start in 2015—fastest of the 24 drivers practicing for the Verizon IndyCar 2015 season-opening Grand Prix of St. Petersburg.

Power, driving for Penske Racing put his #1 Chevy-powered Dallara atop the timesheet in both practice sessions, more than a tenth of a second ahead of new team mate Simon Pagenaud in the #22 Penske Dallara Chevrolet.

Power won the race in 2010 and again in 2014, and qualified fastest in four of the five years; all signs point to yet another year of domination for the 34-year-old Australian.

Penske’s Helio Castroeves was third quickest around the 14 turns of the 1.8-mile course laid out in the streets of downtown St. Pete.

Foyt Racing’s Takuma Sato was the quickest-Honda-powered driver. Sato beat his 2014 pole time by 0.3567 seconds; in fact the top seven drivers were quicker in the two practice sessions than Sato’s fastest 2014 qualifying lap.

Based on practice results it seems Chevrolet’s engine and aero kit are a bit better dialed-in than Honda’s Twelve of the top 18 drivers were using the Chevy package.

Qualifying for the 2015 Firestone Grand Prix of St. Petersburg starts at 4:10 p.m. while the race starts at 3:30 p.m. Sunday. The race will be broadcast live on ABC-TV.