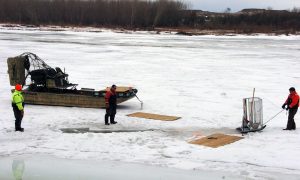 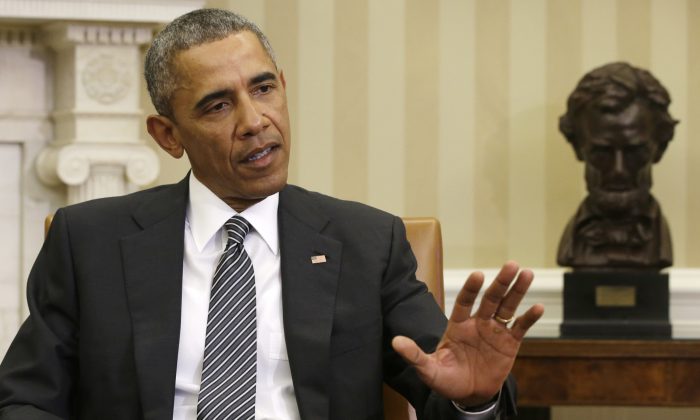 President Barack Obama in the Oval Office of the White House, in Washington, D.C., on Feb. 17, 2015. The president made good on his promise to veto the House bill that approved construction of Keystone XL pipeline. (AP/Jacquelyn Martin)
US

Will Obama’s Veto Get Slammed?

The Republican-controlled Congress is not expected to be able to override Obama’s veto in light of the less than two-thirds vote it secured for the bill. Despite its majority status, Republicans are not in agreement that the pipeline will stimulate the economy and protect against energy price spikes.

Not since 1952 has a U.S. president’s veto been overridden by Congress, but in 1980 both houses voted well over the required two-thirds needed to slam President Jimmy Carter’s veto, states the CQ Press Library website.

Carter had issued an executive order to place an import fee on oil at 10 cents a gallon. The House passed a resolution that denied his executive order, which Carter promptly vetoed.

Even with a Democratic majority, the mocking landslide votes of 335–34 in the House and 68–10 in the Senate ensured that there would not be any tax on gas.

Interestingly, Carter initiated the tax during a time when he had taken a lead role in an historical environmental movement with a goal to achieve energy independence from foreign oil imports, like Obama is envisioning with his climate change movement.

At that time, Carter implored Congress not to override his veto because such action would “send a clear signal to oil producing nations and oil consuming nations that we do not mean business, that we will not take a firm stand to conserve oil—and we will pay much higher prices for oil in the future because of that.”

Carter’s successes in developing the Department of Environmental Protection, Department of Energy, reducing oil imports by half, improving automobile fuel efficiency, and investing in solar energy, fell apart under the Reagan administration.

Obama stated in his veto message that he was concerned about issues that impact national interests, like safety and environment, according to USA Today. His Climate Change Action Plan reinvigorates Carter’s plan, with similar goals for improved fuel efficiency, investments in renewable energy, and the goal of independence from foreign oil imports.

Carter issued 31 vetoes during his single term, with the House overriding two of them. The second overridden veto related to retaining health care personnel in the Veterans Administration.

Tuesday’s veto is Obama’s third since becoming president in 2008. The House did not attempt to override the first two but is expected to schedule a veto override vote by March 3.