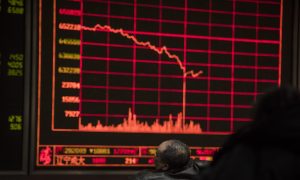 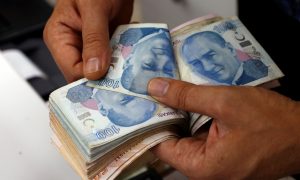 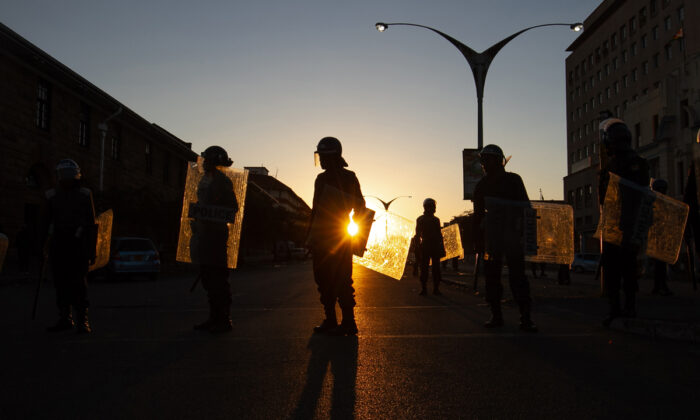 Will Modern Monetary Theory Blow Up the Dollar?

“As long as the government can print money, we’ll never be broke.”

That’s the idea behind modern monetary theory (MMT) in a nutshell. Naturally, many of the nuts in Washington are starting to get behind this unhinged notion.

Sure, a cluster of economists in and around Wall Street and Washington are pushing this very dangerous set of policies that are dressed up in academic terminology such as “neo-Keynesianism,” so that they sound almost sane. But MMT is as far from economic sanity as one can get. But let’s face it, Wall Street loves any idea that puts money into the market.

In essence, the main idea behind MMT is that any government spending can be paid for with printed money. An in-depth look into history—or even a brief glance—shows that the absurd idea of printing unlimited amounts of money leads a nation into hyperinflation and economic ruin.

A recent example would be Zimbabwe. Unjust land seizures leading to food shortages, price controls, and corruption led to massive deficit spending fueled by printing-press money. A inflation rate of 98 percent every day destroyed the economy and the government’s credibility in running it.

A more distant example is Germany under the Weimar Republic of the mid-1920s. Under duress to pay reparations for World War I, the German government financed domestic spending exclusively via the printing of money. Hyperinflation soon followed, destroying confidence in the German government and the economy, and even led to starvation and mass disorder. We all know what came to Germany after that.

But surely the United States is different than Zimbabwe 10 years ago and Germany of nearly 100 years ago? Yes, it is. But some economic laws don’t change.

The Myth of ‘Endogenous Money’

There are various takes on MMT, so we’ll look at the central idea and see why it’s a really bad one. MMT economists such as Stephanie Kelton (ex-adviser to Bernie Sanders), Bill Mitchell, who coined the term, and others are fans of the “endogenous money” theory. That’s the notion that the private and public sectors’ battle over access to capital is unnecessary and wrong. Rather, their view is that banks can create money in response to market demand in the form of loans to both the government and private businesses.

In that mythical universe, there’s little or no linkage to the “cost” of money in the form of interest rates, as demand for money rises. There’s also, apparently, no “crowding out” effect where government demand for money crowds out private demand, which drives companies out of business (not realistic). Furthermore, it means that the government would never have to default on a loan payment because it can just print more money to pay off the debt.

It certainly sounds like a wonderful idea. Who needs to create value when you can just print your debt and then print more to pay it off?

It might work, at least for a while, as long as the creditors—such as the Federal Reserve, which loans the U.S. government money by indirectly buying up its debt—accept dollars for payment. That’s called “monetizing debt,” by the way, and is essentially what the Fed’s quantitative easing (QE) programs have been doing since 2009. And yet, creditors, both foreign and domestic, still accept dollars as payment.

Not so much. Sure, an MMT enthusiast would tell you that QE has, in fact, worked out quite well (it has really helped the stock market the past decade). There will come a day when a more beneficial currency will replace the dollar. But by MMT logic, there are truly no limits to government spending. That would make replacing the dollar much easier.

Admittedly, there are more factors to consider in MMT, but for the sake of space, let’s cut to the chase.

To see how well MMT works in practice today, we need only look at China, which has built its internal economy on fundamental points of MMT. The Chinese state, the central bank, and both public and private industry are all linked together in a recurring cycle of growth paid for by printing money.

The key point is that even though the money is in the form of loans, it is still capital in the system. Furthermore, that capital is the currency. And, whether printed or lent, the value of the nation’s currency is perceived by the rest of the world as being backed by economic productivity, or devalued by the lack thereof. Confidence in the issuing government and the integrity of the legal system are also related factors. (See the Zimbabwe and Germany examples above.)

The end results of China’s massive money printing are staggering. From 2013 to 2017, China added $25 in assets (debt) for every $1 dollar of GDP—more than 400 percent of its annual GDP. This is a historical first. What’s more, almost 80 percent of it was in shadow banking, unregulated lending with high default rates.

And yet, China’s economy has been slowing for the past decade. Its GDP is at its lowest in almost 30 years. Granted, a fraction of that is due to the trade war over the past 18 months, but where’s the $50 trillion worth of growth that should have come from it?

Today, China’s financial infrastructure is on the brink of collapse. It’s not that there’s a shortage of money in the country, either. China has injected over $126 billion in 2019 alone. At the same time, it’s controlling the quantity by very strict, government-imposed capital controls. That not only conveys its currency’s weakness to the rest of the world, but also that even the average Chinese may not believe in the value of their currency.

As a result, Chinese investors themselves prefer to hold gold or real estate rather than their own currency, because they don’t have confidence in its value or the government. They also suspect that asset valuations denominated in Renminbi are unreliable and prone to collapsing bubbles. The lesson for MMT advocates is that spending money alone does not create demand, nor does it fuel long-term growth.

A Risk to the US Dollar

Money is a store of value. In the absence of tangible backing such as gold, the issuing country and the strength of its economy are the main drivers of acceptance of a currency, both domestically and internationally.

Moreover, perception is reality. In the case of the United States, MMT spending doesn’t happen in a vacuum. Other nations have to adjust their currency levels to ours. That means the United States would be exporting inflation. What nation will accept U.S. dollars—the world’s reserve currency—if it’s saddled with an infinite level of debt and the very real prospect of hyperinflation at any time?

The answer is very few, if any. What’s more, competitor nations such as Russia and China would be tempted to help break the dollar by backing or partially backing their currency—or a basket of currencies—with gold.

That would be the end of the dollar and the U.S. economy as we know it.