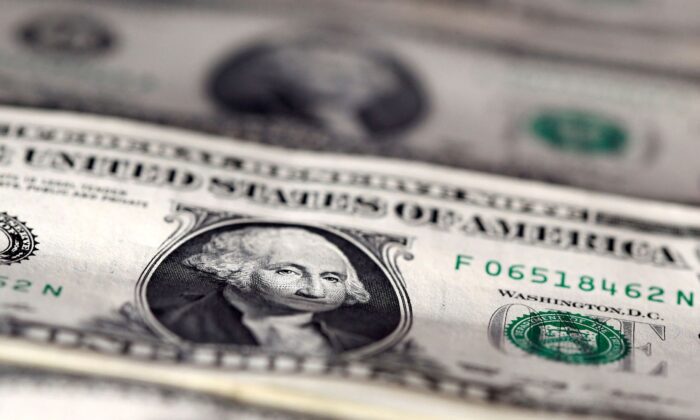 Will Inflation Turn Into Stagflation?

Will inflation turn into stagflation? With inflation hitting 40-year highs, it’s the question of the hour.

Currently, Wall Street and the Fed are saying no, forecasting a respectable 3.7 percent real for 2022, 2.7 percent for 2023, and 2.3 percent for 2024. These aren’t epic prints, but they’re also nowhere near recession.

Of course, that same dream team of Wall Street and Fed missed inflation to an epic degree last year: in mid-October of 2021, the Wall Street Journal’s survey of economists were predicting 5.25 percent inflation by December—just two months later. Actual consumer price index in December was an annualized 9.5 percent, and it was 7.1 percent on a year-on-year basis. That’s pretty embarrassing for a two-month prediction of a large aggregate like inflation.

Incidentally, in that same survey, the median economist predicted supply chains will be cleared by June this year—just 4 months to go. So we’ll see if they’re similarly deluded or, like the prodigal monkey throwing darts, they get one right.

So are the monkeys right on growth? Or, like “transitory inflation,” will they again throw what monkeys normally throw?

The problem so far is the data is so noisy from COVID disruptions: if governments impose, then remove, then reimpose measures according to the latest opinion poll, they have a lot of trouble statistically adjusting. Still, COVID disruptions are gradually getting smaller, meaning we’re starting to get a picture of what the underlying economy looks like. As Warren Buffett famously put it, “When the tide goes out, we see who’s swimming without a suit.” COVID restrictions are, increasingly, a tide going out. So now we see what’s left.

In short, it’s not pretty. The Atlanta Fed does a nearly real-time evaluation of GDP, and they’re saying it’s now at 0.7 percent real. That’s about U.S. population growth, meaning the economy is, at the moment, at a standstill. Also known as stagnation.

Meanwhile, of course, inflation continues surprising on the upside—well, surprising Wall Street and the Fed, not necessarily surprising many of us—coming in last month at an annualized 8.0 percent for the month—a flaming 7.5 percent year-on-year.

Put those two together and you get stagflation—rising prices while the economy stagnates.

According to Atlanta Fed, we’re already there. So will it continue?

I’ll briefly run through what I think are the threats to growth, and what I think are the odds that we whistle past the graveyard and go back to decent growth, with or without inflation. Or, on the other hand, the bearish case where the economy crashes into a repeat of the 1970s—soaring prices, scarce jobs, dystopian cities, and national decline.

The two best ways for a government to crash an economy are regulations and taxes. Both suppress growth year-in-year-out, but to really spark a crash one or both have to get much worse, ideally all of a sudden.

At the moment, major tax hikes are off the table for the foreseeable future. This is because Joe Biden and Congressional Dems are unpopular and have a razor-thin majority, while D.C. consensus is the GOP will retake Congress in 2022, putting an end to Biden’s handlers’ tax-hiking dreams.

Of course, some states are already trying to hike taxes, like California, but states can only hike so much before companies flee. Indeed, with so many upper-income workers now location-independent thanks to those same COVID lockdowns, states like California could see something new: thousands of six-figure families fleeing all the way to Arizona, Texas, or Florida.

So, given those constraints, I don’t think taxes crash us unless Americans wake up one morning and decide they quite like Biden after all. I’ll let you run those odds.

What is, however, quite threatening is regulations. 1970’s-style regulation increases are, like taxes, neutered by Biden’s unpopularity and Congress’ razor-thin majority. But there is still a lot of damage that can come from Biden’s Executive Orders (EO’s). If you’re not American, or if you have a healthy disinterest in D.C., in the U.S. system EO’s are wide-ranging powers a president has to impose a variety of mandates and restrictions across the economy. Trump enthusiastically used these to minimize economic harm, and Biden’s handlers could just as enthusiastically use them to maximize economic harm.

Now, we haven’t heard much on EO’s yet, since they take time to comply with administrative rules so they stick. But there’s a whole parade of them coming down the pike. I’ve written recently on one batch attacking crypto, and others targeting financial markets could catastrophically handicap growth. All with more to come—we got Biden for another three years.

A Great Deal of Ruin

So, yes, there are threats. But it’s important to zoom out and remember America is not the government alone—there’s 300 million of us out there, building, creating, hustling to route around the damage of government policy.

This is nicely captured in Adam Smith’s famous response to a colleague panicked about policy: “My boy, there is a great deal of ruin in a country.” Policies always look horrible way out at sea, but we the people usually manage to whittle them into little waves by the time they get to shore. Not every policy—the 1970s did happen—but most of the time.

This means even a constant series of new EO’s are up against the world-moving day-in day-out hard work of those 300 million Americans the bureaucrats and politicians are trying to destroy. I recently saw a TV show where the local government closed the bridge a logger needed, and his response was to refloat a sunken barge, plug it using $10 in toilet wax, and float the logs. Multiply that by 300 million and Washington’s up against an army—many armies—when it’s trying to crash our economy.

To illustrate the power of this People’s Army, even the 1970s—the worst policy failure in a lifetime—real GDP growth plunged, yes, but it plunged from 4.5 percent in the 1960s to 3.2 percent in the 1970’s—a one-third drop. That one-third drop meant millions unemployed and cities collapsing, to be sure, but it also didn’t mean we were eating house cats and fortifying gas stations with heavy crossbows. They destroy, we build, and there are more of us than them.

Now, anything’s possible, and threats to the real economy could conceivably soar if Washington agrees on some sufficiently stupid scheme. But given the distinct unpopularity of both Biden and Congress, I think the standard tax-and-regulation disaster scenarios are unlikely. Instead, we continue limping along with the lousy but non-catastrophic policies we have.

Policy suggests we won’t necessarily bounce back—existing taxes, regulations, and handouts are keeping production muted, dragging out supply chain adjustments, and the idiots in Washington will likely continue both. But I don’t think the odds of a policy-induced crash are high. It’s too soon to bet on them as an investor and, anyway, your investments shouldn’t be based on economic growth—prepare for the worst, but bet on the most likely.

Final point, this all comes with a huge caveat: the Federal Reserve. The Fed’s pace of money creation since COVID has been unprecedented, while the Fed itself increasingly admits its models are blind—for which it blames COVID. Put these together and the Fed is, effectively, a car driving at night, very fast, with no headlights. That is a real threat, probably to an unprecedented degree.