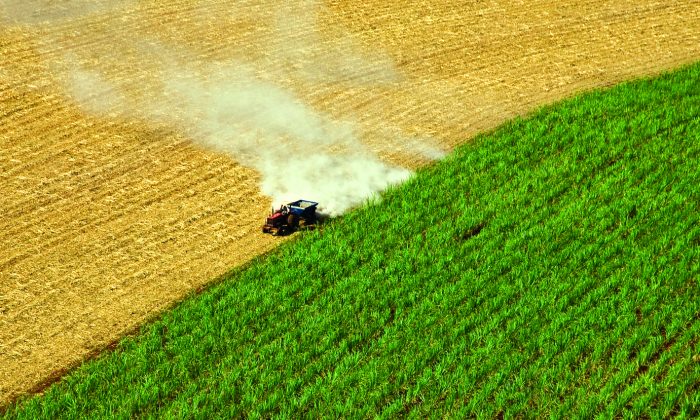 Will Growing Our Fuels Drive Us to a Cleaner Future?

The shift from fossil fuels to renewable energy is occurring mainly at the power plant level. But what about transportation? Can we significantly reduce greenhouse gas emissions by switching to cleaner fuels? Or is this just an attempt to keep 20th century technology chugging along while trading one set of environmental problems for another?

Biofuels aren’t new and they aren’t used solely for transportation. Power plants can burn wood, for example, and many of the first autos, including Ford’s Model T, ran on ethanol or peanut oil. But they’re now seen as an alternative to fossil fuels for transportation.

Biofuels offer several advantages over fossil fuels. Most are less toxic. Crops used to produce them can be grown quickly, so unlike coal, oil, and gas that take millions of years to form, they’re considered renewable. They can also be grown almost anywhere, reducing the need for infrastructure like pipelines and oil tankers and, in many areas, conflicts around scarcity and political upheaval.

The main biofuels are ethanol and biodiesel. Biomass like wood can also be burned directly for fuel, although that usually produces more greenhouse gas emissions to produce the same amount of energy as burning fossil fuels. Biofuel greenhouse gas emissions are offset to a great extent because plants absorb and store carbon dioxide while they’re growing and sometimes in roots left in the ground, so CO2 emissions are roughly equal to or less than what the crops store.

Despite the advantages, numerous problems have led many to question whether biofuels are a green alternative. Andrew Steer and Craig Hanson of the World Resources Institute noted in the Guardian biofuel has three major strikes against it: “It uses land needed for food production and carbon storage, it requires large areas to generate just a small amount of fuel, and it won’t typically cut greenhouse gas emissions.”

Producing biofuel with crops like corn often requires converting land from food to fuel production or destroying natural ecosystems that provide valuable services, including carbon sequestration. Crops also require fertilizers, pesticides and large amounts of water, as well as machinery for planting, growing, harvesting, transporting and processing. If forests are cleared for fuel crops, and if the entire lifecycle of the fuels is taken into account, biofuels don’t always reduce overall greenhouse gas emissions. Palm oil, used for biodiesel, is especially bad, because valuable carbon sinks like peat bogs and rain forests are often destroyed to grow palms.

Using better farming methods and more efficient feedstocks and growing fuel crops on land that isn’t good for growing food can reduce land use and climate impacts. For example, fast-growing grasses, agricultural and forest-industry wastes, and even household wastes can be used rather than crops like corn that are normally considered food. Some feedstocks are more efficient at producing energy than others. Ethanol from canola and sugarcane is better than from corn, as it delivers more energy compared to what’s required to produce the fuel.

Cellulosic materials, including switchgrass and agricultural and forestry wastes, are even more efficient than sugar- and starch-based fuel stocks. They produce fewer greenhouse gases and don’t normally displace food crops, but the process of converting cellulose to ethanol is more difficult than turning starch and sugars from corn or sugarcane to fuel. Some studies show switchgrass ethanol can produce 540 percent more energy than that required to produce the fuel, compared to just 25 percent more for corn-based ethanol. Experimental biofuels made from biomass like algae, as well as genetically synthesized organisms, show a great deal of promise, as they’re efficient and can be produced without large land bases.

Biofuels can play an important role in reducing greenhouse gas emissions, especially for applications like long-haul trucking and possibly air travel. Biodiesel and gasoline mixed with ethanol are already widely available. Research into new types of biofuels is also important, but the massive amounts of land, biomass and water required to produce conventional biofuels mean they aren’t a panacea. We can get further in transportation by focusing on fuel efficiency and conservation, increased public transit and other alternatives to private automobiles, and shifting to electric vehicles, especially as clean electricity sources become more widely available.