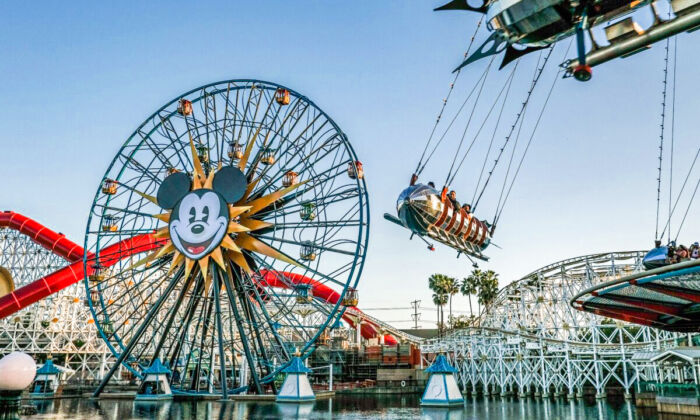 Will Encanto Take Over Tarzan’s Treehouse in California’s Disneyland?

ANAHEIM, Calif.—With Tarzan’s Treehouse remaining under refurbishment for months in Disneyland in Anaheim, California, the attraction will likely make a return with a new theme according to media reports, prompting speculations from Disney enthusiasts about which character might become the treehouse’s new occupant.

The historic treehouse inspired by the 1999 Disney film “Tarzan” resides in Adventureland in the theme park alongside the Indiana Jones and Haunted Mansion rides.

For decades, the 80-foot tall treehouse has been an attraction for kids to roam around and explore displayed scenes from the film—until September 2021 when it shut down unexpectedly.

As the treehouse refurbishment has taken an unreasonably long time, there are good reasons for fans to speculate that Tarzan’s home will be transformed into a treehouse inspired by Disney’s 2021 animated film “Encanto,” which has become a “huge hit,” according to MiceChat, a news outlet specialized in Disney-related news and events.

“[Given the film’s popularity,] we can’t help but wonder where and when an Encanto attraction will show up at Disneyland,” wrote Dusty Sage, MiceChat’s founder and CEO. “One obvious possibility is a quick overlay of the Tarzan Treehouse in Adventureland.”

“Encanto” tells the story of a Madrigal family that lives in an enchanted house hidden away in the mountain range of Colombia.

Sage pointed out that the Encanto-inspired treehouse toy—occupied by Antonio, the youngest member of the family—highly resembles Tarzan’s Treehouse.

Meanwhile, MiceChat’s survey shows that out of the 2,868 votes collected, 50 percent of voters agreed to convert the treehouse into an Encanto attraction, but 31 percent voted against the idea, 15 percent were unsure, and 4 percent voted “other.”