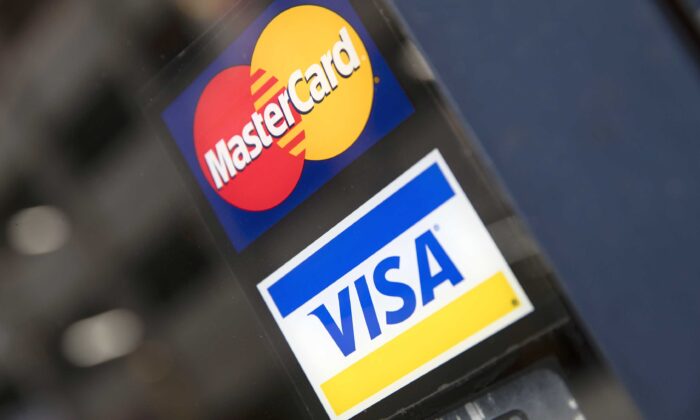 Will Congress Take Away Your Credit Card?

How would you feel about Congress snatching away your credit card or preventing you from participating in credit card rewards programs?

Don’t laugh: Left-wing groups in Washington are declaring that the plastic card in your wallet is the financial villain that needs to get reined in.

A new study from researchers at the Federal Reserve Bank of Boston finds that credit card rewards programs are unfair because they create “an implicit money transfer” to wealthy cardholders from lower-income people who buy things with cash or debit cards.

The study infers that consumers who pay with plastic and rack up rewards points receive a $756 “subsidy” per year, while the poorer people who pay with cash pay $23 more. Egads. That’s the price of a movie ticket.

Left-wing agitators have asked the Federal Reserve Board and the Consumer Financial Protection Bureau to do something about these inequities. Don’t be surprised if congressional members who hate credit card companies, including Sen. Dick Durbin (D-Ill.), call for regulations or cancellations of rewards programs.

These groups have invented a clever new term for this supposed injustice: the “reverse Robin Hood” effect.

But rewards programs are the ultimate win-win marketing invention. First, they are popular with consumers—millions diligently accumulate points so they can win free vacations, home appliances, first-class upgrades on airline flights, and other freebies. They are a modern version of the old S&H Green Stamps program that was popular with shoppers for almost 100 years—until the late 1980s—in which the more things you bought, the more green stamps you were awarded for purchasing other items.

Merchants love the programs because they encourage people to buy more goods and services at their stores. And the credit card companies get more fees.

So what, exactly, is the problem?

Nowadays, credit cards are relatively ubiquitous. Merchants and retailers sponsor roughly 355 million rewards cards in the U.S. market because the benefits of accepting them exceed the cost. These 355 million cards aren’t all in the hands of the wealthiest 1 percent.

Limiting or even outlawing these rewards programs would only ensure that credit cards would be less available to families and that only more affluent people could access credit cards. This would only make the poor worse off. Credit cards are popular because pulling out the plastic is convenient as we move closer every day to a cash-free digital society. That’s especially true when a family is temporarily short of cash and needs to make emergency purchases.

Many rewards cards have no annual fee, and the only hurdle is whether one has a good credit score. There are millions of high earners with poor credit scores and millions of middle-class people with excellent scores.

An International Center for Law & Economics (ICLE) study rejects the idea of a “reverse Robin Hood” effect. The ICLE report states that “86 percent of credit cardholders have active rewards cards, including 77 percent of cardholders with a household income of less than $50,000.” It is entirely wrong to argue that one must be rich to have a rewards credit card.

Liberals in Congress may seize upon the “reverse Robin Hood” narrative to enact price controls on credit card fees. That has been tried before, and those controls haven’t worked to lower prices for anyone.

As part of the Dodd-Frank Act boondoggle, Durbin successfully attached an amendment that placed price controls on debit card transactions. At the time, many, including Durbin and merchants, argued that the price caps would result in retailers lowering prices.

Unsurprisingly, Durbin was wrong. The Federal Reserve Bank of Richmond found that 77 percent of merchants kept prices the same, and 22 percent actually increased costs after the price controls went into effect.

Other studies have shown that these regulations resulted in consumers losing access to free checking accounts, and the number of people without a bank account increased by about 1 million. According to a Boston University study, the loss of free checking accounts costs low-income customers about $160 per year.

The policy goal in Congress should be to make it easier for everyone—rich and poor—to have access to credit and rewards cards if they want to participate.

This new assault on the plastic card in your wallet would achieve the opposite result. And that would create a real reverse Robin Hood effect.