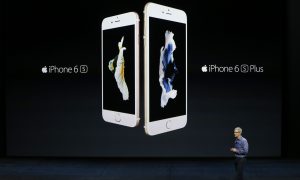 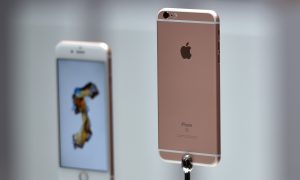 iPhone 6S: How to Customize or Disable 3D Touch
0

Android hardcore fans rocking Nexus devices are already running Android 6.0 Marshmallow, but everyone else is still on Lollipop or earlier Android version. So, it seems premature to talk about Android N, which will be Google’s big operating system update in 2016, and which won’t be detailed until Google’s next I/O developer event that’ll take place in May or June.

But I think the first signs suggesting the iPhone 6s’s 3D Touch feature will make its way to Android next year are already here.

DON’T MISS: 10 free Chrome hacks that will change the way you browse the Internet

3D Touch will come to Android not because Google has to copy Apple – or the other way around – to offer customers a similar mobile experience, though this argument is also valid.

And it’s not because Samsung and other companies are rumored to be working on 3D Touch functionality for their devices. Android OEMs could simply use pressure-sensitive touchscreen displays in 2016 and add the necessary code themselves to Android, rather than wait for Google. After all, that’s what Samsung and others did for fingerprint sensors long before Google added native support to Android.

In fact, Huawei already has one device that has the hardware to offer users 3D Touch, but it doesn’t have native Android code to support it.

What makes me think there will be 3D Touch in Android N’s future is Google’s policy regarding app design and functionality. It’s more than clear to anyone using Google’s products and services that the company wants to offer a consistent experience to users regardless of the “computer” they use – smartphone, tablet or PC; iOS, Android, Mac, Windows or Chrome.

Google’s apps use Material Design across operating systems, and they generally offer users access to the same features – even if the rollout isn’t simultaneous. For example, Google Maps on Android gets some new features earlier than the iOS version, but iPhone users aren’t left behind for very long.

With that in mind, Google’s efforts to add 3D Touch to its first mobile apps can’t go unnoticed. First Google Drive for iOS and then Chrome for iOS got 3D Touch support. In a matter of days, Google updated two top apps to support the iPhone 6s’ unique new feature.

That means Google developers are taking the time to implement and deploy 3D Touch features for individual apps.

Mind you, Google could easily just ignore 3D Touch for the time being. The 3D Touch feature only provides app shortcuts to users, rather than novel new features. By restricting what developers can do with 3D Touch and only enabling shortcut features, Apple makes sure that it doesn’t create any kind of fragmentation when it comes to overall user experience.

Chrome for iOS will have the same features on the iPhone 6s with 3D Touch enabled and on iPhone 4s without it. 3D Touch simply lets you access some features directly from the home screen rather than opening the app first, or from within an app with Peeks and Pops.

With that in mind, it’s likely that other Google apps for iOS will receive similar treatment in the future. The more popular 3D Touch becomes, the more interested Google – and other developers – will be in adding 3D Touch support to existing apps.

iPhone 6S: How to Customize or Disable 3D Touch

Now, considering Google’s policy regarding app design and feature uniformity, it makes sense that Google is actively looking to develop a 3D Touch-like feature for use in Android, now that it’s offering 3D Touch support to iPhone 6s users. After all, Google probably doesn’t want to find itself in a position where it would provide iPhone owners a feature that isn’t also supported on Android.

Even though 3D Touch is now used only as a shortcut to other features, there’s a lot of potential for Apple’s idea of adding pressure sensors to the display. In the future, when more iOS devices will have 3D Touch displays, chances are that iOS will have even more 3D Touch features in addition to handy system-wide and in-app shortcuts. And the same goes for Android, once Google creates a native version of 3D Touch – whatever the company ends up calling it.

Meanwhile, iPhone 6s and iPhone 6s Plus owners can test out Google’s Chrome and Drive apps with new 3D Touch features. Google Drive for iOS lets users quickly upload photos and search for content inside Drive with 3D Touch gestures. In Chrome, users can open a new tab or Incognito tab and perform voice searches by pressing firmly on the Chrome app icon.