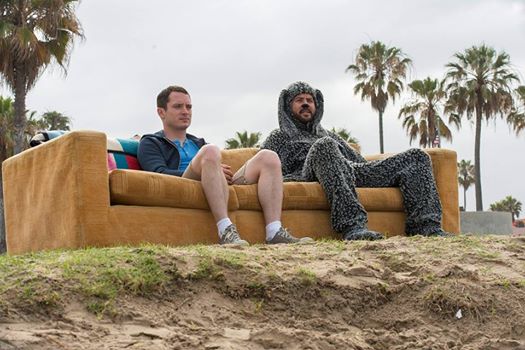 Wilfred Season 5? Was FX Show Be Renewed for Another Season or Canceled?

Wilfred is wrapping up season 4 with back-to-back episodes on August 13, and fans of the FX show are wondering whether it will be back for a season 5.

Unfortunately, it will not be. FX announced back in May that this season would be the last.

“Everyone else sees Wilfred as just a dog, but Ryan sees a crude and somewhat surly, yet irrepressibly brave and honest Australian bloke in a cheap dog suit.”

Elijah Wood said that he was looking forward to the end of the show in a recent press call, noting that the show probably couldn’t stay as strong if it were to last longer.

“Ihis season in particular, it was hard to balance those elements because there was so much to tie up. It was a bit of a Herculean effort to finish out the story because there were these loose ends that needed to be answered, and story points that needed to be tied up. But that’s why we were all so thrilled to be able to come back for the fourth season, to be able to actually finish the story,” he said, reported Complex.

“I never imagined it existing beyond four or five seasons because the conceit of the story is it’s about a man in recovery who sees this man in a dog suit at this pivotal point in his life. If you go beyond four to five seasons, it runs the risk of repeating itself and becoming a bit stale, so I always hoped it would be four to five. It feels right and I’m really pleased with what they’ve come up with. It’s a good emotional resolve.”

James Gann said that people will feel a sense of completion at the end.

“People are definitely going to be satisfied with where we take it. There were a lot of times where we led them down a path and it was a dead end and it was like, how many dead ends can you go down before you lose patience? There’s the cult that Wilfred is connected to and Ryan has to do a lot of investigating to find out what that is, and that’s satisfying,” he said.

“We definitely tie things that up in a satisfying way, but that’s still open to interpretation, which is important to our show, because I don’t think you can ever really know with 100 percent security what Wilfred is.”

The description of the finale is: “Ryan finally learns the truth about Wilfred.”