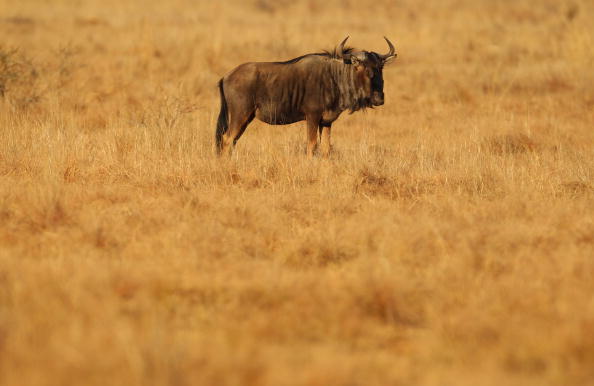 A wildebeest attacked a woman at a zoo in North Carolina a few days ago, leaving her hospitalized.

The attack happened in front of a group of schoolchildren at Zootastic, Iredell County, according to a local report.

The woman was identified as Kimberly Hillman, who is a member of the zoo’s staff. She was thrown in the air twice by the animal–a type of antelope native to Africa and can weigh as much as 400 pounds.

The incident took place in October and she was in the hospital for about one week, reported WSOC-TV (via NY Daily News) in North Carolina.

“It hit her, threw her up in the air,” Zootastic owner Scottie Brown said.

“She hit [THE] ground, it picked her up again and threw her up in the air, and I was getting off the tractor at the time and I ran and got between her and the wildebeest.

“It happened because she got out of her car and I guess for that matter, it could have happened to the mother and child? Oh yes, yes.”

Brown told the station that he’ll more strictly enforce the policy of prohibiting people from being outside of a vehicle while inside the park.

Zootastic, however, has not been listed among institutions accredited by the Association of Zoos and Aquariums, reported the Christian Science Monitor.

Accreditation requirements entail that “animals which pose a serious threat of catastrophic injury”–which essentially includes wildebeest– “must be equipped with appropriate alarm systems, and/or have protocols and procedures in place which will notify staff in the event of a bite injury, attack, or escape from the enclosure.”