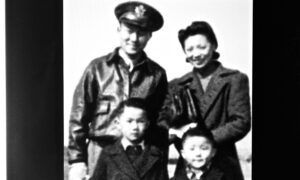 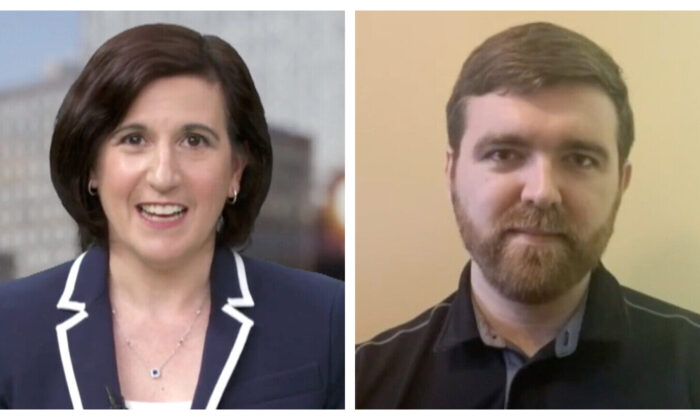 Tony Kinnett (R) in an interview with NTD's "The Nation Speaks" on Aug. 7, 2021. (NTD/Screenshot via The Epoch Times)
Education

Thousands of students are leaving public schools for private schools or homeschooling in Indiana this year, according to Tony Kinnett, a curriculum developer, educator, and education policy journalist from Indianapolis, Indiana.

“The numbers are unreal,” Kinnett told NTD’s “The Nation Speaks” last Saturday. “It’s wild. There’s not really any other word for it.”

Kinnett said that normally there’s a common fluctuation of 5 to 10 in enrollment in many smaller Christian Schools, but this year, the numbers are up by hundreds per school in many cases.

“And one case in Greenwood, Indiana, the school has jumped almost double the number of students in attendance,” Kinnett said.

The Suburban Christian School in Greenwood, Indiana, recorded 320 students last school year and has so far already registered 551 students for the coming school year, according to Kinnett’s report, “Record-Breaking Education Exodus in Indiana,” which was released on Monday.

Kinnett obtained enrollment data from 319 private schools in Indiana, 154 of which have seen an enrollment leap of at least 30 students from last school year. Forty-nine schools saw enrollment numbers increasing by at least 150 percent from the previous year. Some schools have to place new student candidates on “wait lists,” as their maximum capacities have been exceeded, the report noted.

The reason for the exodus is a “multiplicity of factors,” Kinnett explained, saying he talked to lots of parents—about 50 parents last week.

“Parents are really upset with that huge number of things going on in our public schools,” Kinnett told NTD. “They’re upset with the quarantine that caused a huge learning gap in schools in the last year and a half. They’re aggravated with Critical Race Theory [CRT], social-emotional learning; they’re aggravated with children being required to wear masks, regardless of vaccination status—all of these small issues have piled up and really put so much pressure that it seems this dam is bursting.”

Kinnett said the school boards had done little to address the concerns of parents and teachers. He gave two examples in his report: A Knightstown superintendent called a school teacher “nuts” for suggesting that students should return to classrooms; Western Wayne Schools passed a resolution in early 2021 banning parents from speaking at school board meetings unless the topic was pre-approved by both the superintendent and school board president.

Kinnett said that parents are also running for school board members, pointing out that in Indiana, the school board does have authority over the curriculum.

“There are several different group structures of parents within multiple different kinds of counties in all different kinds of precincts, townships that are forming together to select school board members that will be running against many of the incumbents in the next couple of elections,” Kinnett said. “It’s really incredible to see how many people are finally getting involved in school board elections.”

The concerned parents are not only Republicans or conservatives, but Democrats too, Kinnett said.

“The next big shift away from the Democrat Party is probably going to be through teachers and parents and education, and that’s because this group that’s felt pandered to for so long is, quite honestly, ‘sick of it,’” Kinnett continued.

“They’re so aggravated with the lackluster way that they’ve been treated, that they’re honestly just looking for the agency to do what it is that they feel is best. And that’s no longer what the Democratic Party is pushing within education.”

Not only parents but teachers are leaving public schools too, Kinnett pointed out.

“I hear in teacher’s lounges all over the country,” Kinnett said, “how if there was an opening at a certain private or Christian school, they would leave their post in the public school immediately to take that.”

“I hear that they want to start their own schools. They want to get out of this school-board-run nightmare that they’re in that won’t let them teach in the ways that they’ve traditionally taught, that have really worked at educating our students for hundreds, if not thousands of years.”

The trend is national, not only in Indiana, Kinnett said. He said he saw many reviews on The Chalkboard Review, an education commentary website that he co-founded.

The Epoch Times has contacted the Department of Education of Indiana for comment.