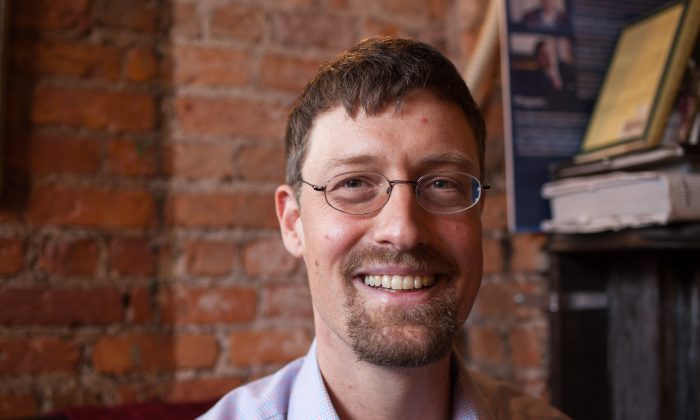 The sixth most popular website on Earth, Wikipedia is an absolute rarity among Internet projects of its magnitude.

Entrepreneur Jimmy Wales and philosophy doctoral graduate Larry Sanger started the project in 2001 but all they had was the idea, an empty website, and a couple of enthusiasts from their previous (failed) encyclopedia project.

Wikipedia is an absolute rarity among Internet projects of its magnitude.

Yet the idea proved to be stronger than the adversity. The ambition to humble brands like “Encyclopedia Britannica” with an open-source project appealed to many an intellectual.

Not only thousands upon thousands joined to create the content, many also volunteered to maintain and improve the website.

“Everything is managed by the volunteers and the total monthly cost for our bandwidth is about $5,000, and that’s essentially our main cost,” Jimmy Wales said in his 2005 TED talk. At that time Wikipedia already contained some 2 million articles and displayed well over a billion pages per month.

The Wikimedia Foundation, the nonprofit Wales set up to run Wikipedia, functioned on yearly expenses of an unbelievably wee $23,463 in 2004.

But the most impressive were the intricacies developing deep within the community, out of sight of a common user.

State Within a State

On first glance an encyclopedia that anybody can instantly write and rewrite is a recipe for disaster. How to keep it in order? Both kindness and malice reside in a human heart and the Internet has gained a reputation for being quite generous to the latter.

As it turned out, however, people passionate about writing an encyclopedia in their free time had enough rationality to agree on some ground rules.

Larry Sanger was credited with formulating the first iterations of the basic rules of Wikipedia, such as neutral point of view, no original research, and verifiable sources. But it was the community that took it upon itself to enforce them and create a web of intricate procedures to resolve conflicts.

Thus, the culture of Wikipedia was born.

Thanks to the transparency of MediaWiki, the open-source software powering the Wikipedia website, every article has a history page where one can see all the changes to the article and who made them. There’s also a discussion page, where authors and editors work out their differences about the article.

If discussion fails, authors can request mediation, where another volunteer not engaged in the discussion is invited to make a judgement call.

In the case an article is constantly vandalized—meaning it is edited despite strong opposition by the community—an administrator can block the article from further changes or even block the vandal’s user account.

The administrators, also volunteers, are picked by the community by “consensus.” A discussion page is set up and about 70 to 80 percent of participants in the discussion need to support the candidate. Then the administrator is confirmed by a “bureaucrat.”

Bureaucrat is another volunteer position created solely to grant and revoke administrator privileges. Bureaucrats are also picked by community discussion, but about 85 percent have to agree.

But there’s more. Above bureaucrats are stewards. Stewards are also volunteers, but with extensive rights to make changes in the system, including blocking users, giving administrator rights, and more. They are elected once a year and need at least 80 percent support.

The Wikimedia Foundation plays the role of a “benevolent dictator,” as Wales put it in 2005, having the last word if needed. But it usually hasn’t interfered at all.

Half of the board of trustees that govern the foundation are elected by the community. Jimmy Wales is the only permanent member.

As Wikipedia grew, the foundation had to take up more responsibilities. Dozens, even hundreds of servers the website occupied couldn’t be maintained just by volunteers anymore.

At the same time the foundation managed to raise more dollars from private donors and nonprofits like the Open Society Institute and the Alfred P. Sloan Foundation.

By 2008 the nonprofit operated on a mixed model. Its 15 employees would handle the administrative tasks and maintenance, but volunteers were still doing much of everything else.

With just three engineers juggling the maintenance work, Wikipedia depended on an army of volunteer programmers.

One employee oversaw a group of trusted volunteers who were resolving the actual requests for help.

Yet later in 2008, the Wikimedia Foundation made a crucial step that dramatically changed the future of Wikipedia—for the first time it asked its users to give back.

The site was capped with a personal appeal from Jimmy Wales warning that Wikipedia may go away if readers don’t chip in. The annual bright yellow banners soliciting as little as $3 donations are now commonplace.

The results were staggering. In fiscal year 2008–2009, when most companies saw drastic cuts to charitable income due to the recession, Wikimedia doubled its take.

The annual bright yellow banners soliciting as little as $3 donations are now commonplace.

Pete Forsyth, a “wikipedist” since 2006, worked for Wikimedia between 2009 and 2011, including on fundraising. According to him, Wikimedia made a breakthrough with its donation campaigns in 2010 when it adopted professional marketing techniques.

The foundation would put up different banners asking for donations throughout the year, but just for a tiny portion of the visitors, less than 1 percent. Because Wikipedia already had hundreds of millions of visitors at the time, the experiments produced massive feedback on what works and what doesn’t.

The most effective banner would then be used for the full-blown end-of-the-year campaign.

Donations went through the roof. In the first 10 months of 2010 Wikimedia raised a little over $1.3 million. In the last two months of 2010 the number soared to over $14 million.

The next year the contrast proved even sharper. It had less than $2 million by the end of October, but approached $24 million at the end of the year.

While the foundation has thrived, the true foundation of Wikipedia, its community, hasn’t kept up. Quite the opposite in fact.

One of the reasons is many people joined Wikipedia to prove that it can actually work, according to Pete Forsyth. But “that point has been proven for a long time,” he said.

Another reason may be that most of the articles on high-profile topics are already done. Authoring a Wikipedia article on the theory of relativity may carry bragging rights in the community, but few if any such topics are still unwritten.

Paid Editors on Wikipedia—Should You Be Worried?

In 2011 less than one in three wikipedians “often or very often” wrote new articles while working on Wikipedia, according to an internal survey among 5,000 contributors. The most common job was editing existing articles.

Hence another pitfall: If a newcomer comes and changes an article, chances are one of the experienced editors will revert the changes immediately. Maybe not because the changes were wrong, but because the newbie hasn’t yet learned the rules on how to cite sources, what sources are acceptable, and so on, and that may be discouraging for newcomers.

Indeed, a 2012 study commissioned by Wikipedia stated a “sharp decline in the retention of newcomers” was the cause of the declining number of editors.

But another danger loomed ahead.

After the fundraising boom, the Wikimedia Foundation grew ever more professional.

It now sports a legal and community advocacy department with a dozen staffers. Thirty more work in fundraising, grantmaking, and communications. These departments run yearly expenses of over $12 million.

The largest chunk of Wikimedia’s $50 million budget, about $20 million, is spent on an army of more than 120 engineers and development staff.

The problem is in recent years the community repeatedly revolted against what the foundation delivered, and especially how it was delivered.

In recent years the community repeatedly revolted against what the foundation delivered, and especially how it was delivered.

In 2013 the nonprofit introduced VisualEditor, a tool that made editing articles easier for newcomers—much like writing in a Word document. Until then editing Wikipedia required knowledge of a simple programming language.

But the VisualEditor had numerous bugs, including mangling formatting in articles. With growing pushback from the community, the foundation pulled the feature.

The foundation’s representative confirmed the engineering team is still working on VisualEditor, but couldn’t say when it would be ready.

Last year the foundation introduced another feature—the MediaViewer, a more polished way to browse through photos on Wikipedia. Again, a large part of the community protested the innovation as defective. But this time the foundation didn’t budge. When a volunteer administrator turned the feature off on German Wikipedia, the foundation staff turned it back on and blocked volunteers from interfering.

That’s when the real uproar started. Suddenly the foundation did much more than just run the site—it was making changes than affected the work of volunteers. And many volunteers wanted to have a say in these matters.

Pete Forsyth was one of them.

“When new software substantially changes the way that our work and the work of our colleagues is presented to the world, it should be deployed only where there is broad agreement that it advances our vision and our strategic goals,” read a letter Forsyth sent to Wikimedia, co-signed since by about 1,000 volunteers.

The foundation hasn’t responded to him. But it did respond to the issue in general, stating that as it runs one of the most popular websites in the world, it needs to follow best practices for software development.

Wikipedia depends on volunteers, and many expect it to be run more like a republic, than a company.

But Wikipedia is not a standard software project. It depends on volunteers, and many expect it to be run more like a republic, than a company.

No matter how hard the management tries standard practices of “community engagement,” it may never satisfy wikipedians who expect “community consensus” on every major decision.

There are ideas and solutions on both sides, and it may try to be a bit of both. The biggest danger is that it gets stuck in limbo, unable to grow.