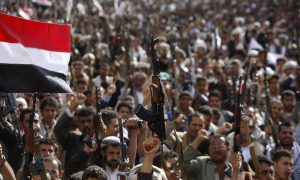 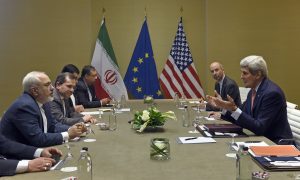 BEIRUT—A financially troubled Lebanese TV network received a $2 million Saudi bailout in return for adopting a pro-Riyadh editorial policy. A news agency in Guinea got a $2,000 gift, while small publications across the Arab world received tens of thousands of dollars in inflated subscription fees.

That’s the picture that has emerged from Saudi diplomatic correspondence published by the WikiLeaks group, backing long-held suspicions the kingdom uses its oil wealth to buy influence with media and research centers across the Muslim world.

The leaked cables suggest an effort by the U.S. ally to dampen criticism, varnish its image, and strengthen allies in an Arab world torn by religious militancy and sectarian tensions.

Many of the cables were linked to the growing rivalry between Sunni Saudi Arabia and mostly Shiite Iran over influence in the region and point to Lebanon, an ethnically and religiously diverse nation with a vibrant press, as a key battlefield in the battle of wills between Riyadh and Tehran.

“This is not specific to Saudi Arabia, but Saudi Arabia took it to a very high level,” said Jad Melki, director of the Media Studies Program at the American University of Beirut.

The authenticity of the cables could not be verified by The Associated Press, and the Saudi government cautioned local media against publishing the diplomatic correspondence. But it did not say they were forged.

Buying the support or silence of the media is not uncommon in the Arab world, where media institutions have long been dependent on handouts or perks from governments or wealthy patrons looking to promote their interests. However, the Saudi cables provide compelling, behind-the-scenes details of how it was done, complete with names, dates, and payout amounts.

In many ways, the cables paint a picture of a Saudi Arabia taking advantage of media outlets struggling to survive to champion its policies or criticize its foes, including Iran, Lebanon’s Iranian-backed Hezbollah or the regime of Syrian President Bashar Assad.

In some cases, the cables shattered the long-held notion of a kingdom so awash in oil dollars that media outlets need only knock on the door to get a check. Instead, they showed the kingdom’s leaders making sure that money yields results for the country.

For example, in 2012, the late King Abdullah approved a $2 million bailout for the Lebanese MTV network on condition it countered “media hostile to the kingdom” and invited “learned” Saudis as guests on talk shows, according to a series of cables.

The payout was whittled down from an initial request for $20 million by the station’s director—and was less than half the $5 million recommended by the Saudi Foreign Ministry.

And tellingly, on a recommendation from Prince Saud al-Faisal, the kingdom’s foreign minister for nearly 40 years before he stepped down in April, the money was disbursed in four installments over two years—thus allowing Saudi authorities to review every six months whether MTV was living up to its part of the deal.

MTV spokesman and news chief Ghayath Yazbeck declined an AP request for comment on the cables.

In another case, a cable from Prince Saud to the Saudi Cabinet suggested two leading Saudi-owned dailies—Asharq al-Awsat and al-Hayat—stop publishing editorials critical of the kingdom’s chief ally in Lebanon, former prime minister Saad al-Hariri, a key Sunni leader. Another recommended a halt to media attacks on Russian political figures to help improve ties with Moscow.

“Buying Silence,” was the headline Saturday in Beirut’s Al-Akhbar daily, which is critical of Saudi Arabia, in describing the revelations in the cables.

The correspondence showed Saudi officials offered or denied free trips to the kingdom, home to Islam’s holiest shrines, to secure allies in the media or to punish those the government deemed critical.

For example, a prominent Egyptian TV talk show host, Wael el-Obrashi, was dropped from a list of top Egyptian media figures treated to an all-expenses-paid trip to Saudi Arabia because of “his repeated, unjustified attacks on the kingdom,” according to one cable from Prince Saud.

Several prominent Arab media figures were reported by the cables to have requested permission to visit Saudi Arabia to share “intelligence” or plots against the kingdom, or to seek funding for media enterprises. Some were dismissed as frauds out to get a check, but others were ordered debriefed by security officials.

Another cable from Prince Saud recommended financial backing for a Lebanese center to defend journalists set up by May Chidiac, a prominent anchorwoman who lost an arm and a leg when a bomb exploded under her car in 2005. Citing a recommendation from the Saudi Embassy in Beirut, the prince said the funding would allow the kingdom to use her center to promote Saudi policies.

“I did not ask for money and did not get anything,” Chidiac told the AP when asked about Saudi government contributions. “I have a foundation and I am transparent. Those who support me, I thank them.”

In Egypt, the Saudi ambassador protested to Naguib Sawiris, founder of the privately owned ONTV network, over the appearance of a Saudi dissident, Saad al-Faqih, on one of its talk shows, according to a cable from Prince Saud. The station said it would not invite al-Faqih again and asked the ambassador to appear on the program at a later date.

Asked by the AP if the correspondence was in response to a Saudi complaint to the station. Sawiris said, “Not to my knowledge.”

Other cases of alleged Saudi funding described in the leaked correspondence:

Another tactic that emerged from the leaked correspondence was the payment of large subscription fees to publications in countries where the kingdom sought to promote ties.

A 2010 cable listed the following:

In Mauritania, the Saudis contributed a total of $13,000 that year; Jordanian publications received $24,500; Lebanon’s little-known al-Khaleej magazine took in $10,000, while in Kuwait, the Saudis paid more than $80,000 in subscription fees.

The tactic was introduced in Canada, where, according to a cable from the Culture and Information Ministry, two Arabic-language newspapers were granted $36,000 in subscription fees each for five years to counter what it said were anti-Saudi articles in a Toronto-based weekly published by an international Shiite foundation.

In 2004, the chairman of the state news agency in Guinea wrote to the Saudi Embassy in Conakry reminding him to send $2,000, saying the money “solves many of the problems faced by the agency,” according to a cable from Prince Saud to the Culture and Information Ministry.

Repeated calls to the agency’s offices went unanswered, but a person familiar with its dealings said the funding request was sent to the Saudi minister in 2004 by then Director Kandet Oumar Toure. He spoke to the AP on condition of anonymity because he was not authorized to speak publicly on the subject.

Not all requests for funding were granted.

One cable described a request from Bassam Afeefy, editor of a small Lebanese magazine, al-Hadeel, for money to move to a new and “safer” Beirut home.

“His request for a new home is grossly exaggerated and is disproportionate to the services he has provided to the kingdom,” wrote Prince Saud. Granting his request, he added, would encourage others to make similar demands.