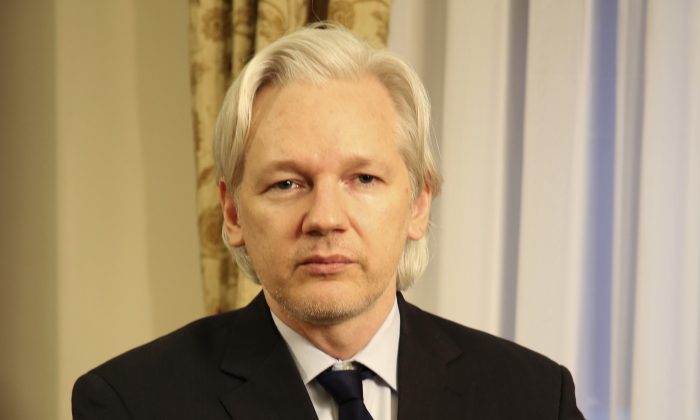 The journey of whistleblower website WikiLeaks was traced by, among others, Professor Gerard Goggin, chair of the Department of Media and Communications at the University of Sydney. In an analytical narrative published in the journal Ethical Space in 2013, he noted:

“With Cablegate, WikiLeaks found a rapprochement with the press. Indeed WikiLeaks went so far as to cloak itself in the honourable, truth-telling traditions of the fourth estate.”

So, what did we learn from WikiLeaks about the ethics of journalism in the digital age?

First, there is a big difference between an information dump and journalism. Simply availing ourselves of the technology that allows us to publish does not turn our work into journalism. Journalism requires truth-telling. This means verifying that material is genuine, then publishing it in a way that is accurate as to plain facts and context.

Failure of contextual accuracy was one aspect for which WikiLeaks had been criticized over Collateral Murder, a video it published in 2010 of secret US military footage showing an Apache helicopter shooting at and killing about a dozen civilians in Baghdad in 2007.

Second, journalism requires harm minimization. It is a breach of the journalistic ethical value of responsibility to publish recklessly, carelessly and without regard to potential harm. This means taking pains to imagine and assess the possible risks to life, human well-being, property and reputation, as well as to a particular public interest in having countries able to conduct foreign policy and provide optimum security for their forces engaged in war.

When governments go to war and lie to their people about why, it is a gross betrayal of public trust. There is a corresponding high public interest in revealing the lie, even at some risk of potentially serious harm.

These balances are difﬁcult to strike. They are balances that people involved in journalism have a professional ethical obligation to strike conscientiously.

Fourth, journalism also requires that we take into account how the material we rely upon was obtained and, related to that, the motive of the source in supplying it. Material that is reasonably suspected of having been illegally obtained presents obvious ethical difﬁculties. What justiﬁes publication of such material?

In the WikiLeaks case, it was obvious that the material had been obtained illegally because of its classiﬁed status. It was equally obvious that it contained matters of great public interest: a substantial ethical argument could be made out on public interest grounds for publishing it.

And what was the motive of the leaker? Evidence subsequently came to light that Private Bradley Manning, who supplied the material to WikiLeaks, was motivated by what seemed to be deep disillusionment at the way the US military was conducting the wars in Iraq and Afghanistan, and by a strong desire to see it exposed.

WikiLeaks’ motives were more clear-cut, however: publishing this material would fulﬁll its self-proclaimed mission of bringing governmental secrets to light.

The newspapers, once they had been brought into it, had to make assessments about these motives. It was apparent that the editor of The Guardian, Alan Rusbridger, assessed the motives of WikiLeaks founder Julian Assange and of the original source, Manning, as being grounded in a genuine belief that the public interest would be served by revealing the information contained in the logs about how the war in Afghanistan was being conducted.

Yet it was also clear that, even after taking the decision to publish, Rusbridger remained deeply concerned by the ethical dilemmas involved.

The second issue that concerned Rusbridger was how to assess the risks and beneﬁts involved in publishing this material. He wrote subsequently that while those he called the enemies of WikiLeaks made repeated assertions about the harm done, the reaction from many countries showed a “thirst for information” of the kind in the logs.

Implicit in what Rusbridger wrote was that while it was impossible to make an accurate assessment in advance of publication, the evidence afterwards suggested that the beneﬁts outweighed the risks. The New York Times, in its efforts to minimize the risk of harm, talked with the State Department, the Pentagon or the White House before each round of publication.

This, too, is ethically challenging. It is a leap of faith to take a government’s word on such questions when the material involves an egregious and embarrassing breach of the government’s own secrecy. Yet this was done speciﬁcally for the purpose of meeting another ethical obligation—that of minimizing harm.

This is an edited extract from Denis Muller’s new book “Journalism Ethics for the Digital Age.” Denis Muller is a senior research fellow in the Centre for Advancing Journalism at the University of Melbourne in Australia. This article was originally published on The Conversation.