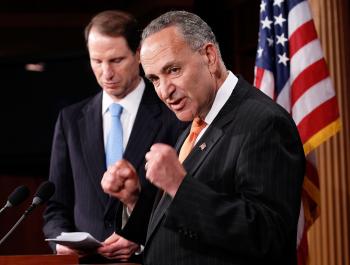 Wikileaks' recent online publishing of 75,000 military documents related to the Afghanistan war spurred the senator to action. The military and the Federal Bureau of Investigations are now investigating the source of the leak.

The original bill, which passed out of the Senate Judiciary Committee in December 2009, was written to protect freedom of the press. It will finally come to a vote on the Senate floor this fall. If passed, the bill would give journalists legal protection when courts try to force them to reveal anonymous sources. Under the current bill only those engaged in news gathering qualify for protection. The bill also includes a clause for matters related to national security where a judge can determine if national security matters outweigh a journalist’s privilege.

National security concerns and the definition of journalist would together exclude such groups that publish secret documents from receiving protection from the law. But Sen. Schumer announced that he would be working with California democrat Sen. Dianne Feinstein, Senate Intelligence chairman, to draft language to explicitly prevent Wikileaks or other such sites from ever seeking to use the law for legal protection for its sources.