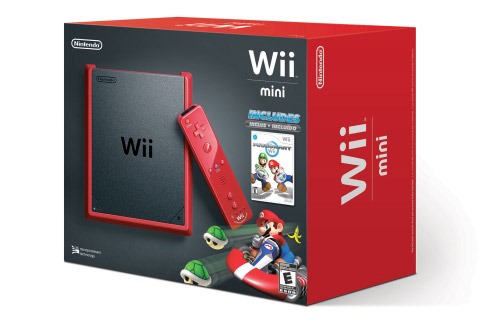 Wii Mini Release Date: Wii to Hit Stores in US in November for $100

The Wii Mini has a release date in the United States: November 17.

And the $100 price will get you a box that includes the Mario Kart Wii game, a Wii controller, and a Nunchuk controller.

It also includes accessories needed to operate the system, such as the console.

The Wii Mini will be available for order on November 17, Nintendo says on its website.

“Wii mini offers the same fun experience as Wii, which has been enjoyed by millions of people around the world,” said Scott Moffitt, executive marketing vice president for Nintendo of America, in an announcement. “And it comes packaged withMario Kart Wii, a multiplayer Mario racing game that is one of the best-selling Wii games. At such a great price, it is an extraordinary value for shoppers this holiday season.”

The mini was launched in Canada last year and released in the united Kingdom in March.

Gaming blog Siliconera notes that the Wii Mini “is missing several features available in regular Wii consoles, such as the ability to play Gamecube games and the ability to connect the console to the Internet.