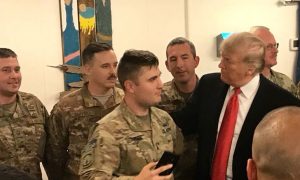 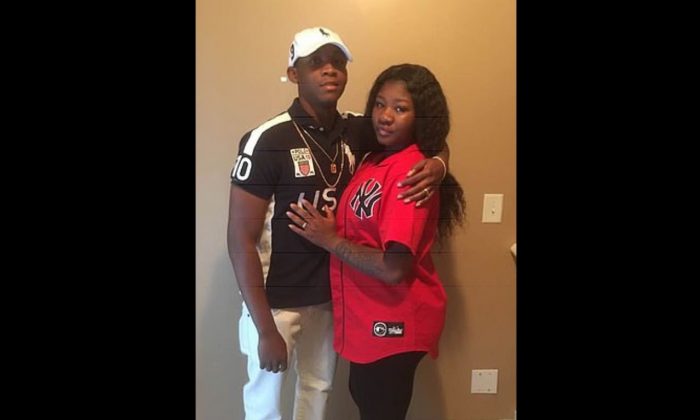 Kemia Nekenah Hassel, right, was arrested on Jan. 12, 2019, on murder charges in the shooting of her husband Tyone Hassel II, who was shot dead in St. Joseph Township, Michigan on Dec. 31, 2018. (Kemia Hassel/Facebook)
Crime and Incidents

Two people were arrested for the murder of a Michigan soldier, and one of them was the soldier’s wife.

Tyrone Hassel III was shot and killed in St. Joseph Township on New Year’s Eve. The 23-year-old was on leave for the holidays.

Jail records obtained by WOOD-TV show that Hassel’s wife, Kemia Nekenah Hassel, was arrested on murder charges over the weekend, with the charges indicating that the alleged murder involved a family member and a gun.

A male suspect was also arrested in connection with the shooting.

When Hassel was shot just after 11 p.m. on New Year’s Eve, he had left a gathering to take a plate of food to his wife, Hassel’s father, Tyrone Hassel Jr., told WWMT.

“I told him to hurry up back. because I didn’t want him out there at midnight,” said Hassel Jr.

But shortly after leaving the house, he was shot.

“He came back out the house and somebody shot him,” said Hassel Jr. “I don’t know if somebody followed him.”

Hassel’s added that his son initially planned to leave Michigan on Jan. 2 “but his wife’s birthday is on January 3rd, so they decided they would stay for a couple of extra days.”

“I don’t know nobody who hate my son, he had no enemies,” he added.

According to the slain soldier’s obituary, he enlisted in the United States Army in 2015 after being part of the ROTC in high school and studying Mechanical Engineering at Grand Valley State University.

The obituary said that Hassel “met and fell in love with Specialist Kemia Martin” while they were both serving the country. They were married in May 2017 and had one child together. The family resided in Hinesville, Georgia.

“Tyrone was a devoted husband, father, son, brother, and soldier,” the obituary stated.

“He had a jovial personality and loved having a good time, whether he was playing pool, basketball, baseball or taking care of his dogs. Tyrone enjoyed spending time with his family and friends, he had a true zeal for life.”

If you’re visiting Benton Harbor, MI and you don’t know nobody. Some of the safest things to do is…In the summer…

The FBI said that both violent crime and property crime decreased in 2017, the last year that full statistics are available for, compared to 2016.