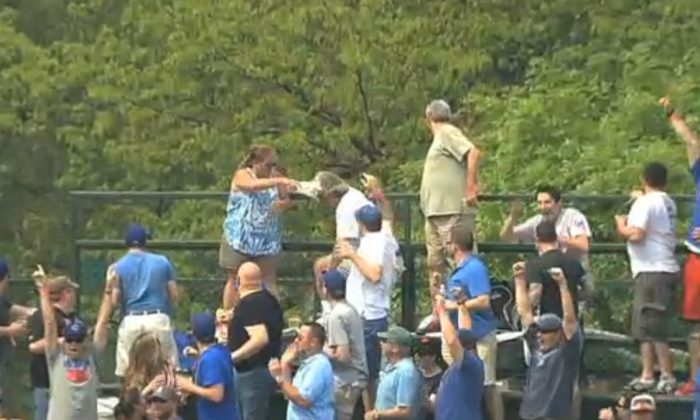 A screenshot of MLB.com shows a woman dousing her husband with beer at a Cubs game.
Baseball

A man who was trying to protect his wife from a home run ball at a Chicago Cubs game accidentally spilled his beer on her.

She responded by pouring some of her drink on him, according to MLB.com.

“I just got livid. And took my beer and splooshed it in his face. I figured if I’m wet, he might as well be wet too,” the woman, named Ellen, said in the MLB video.

The incident took place when Cubs pitcher Travis Wood hit the ball into the stands, according to the Daily Mail. The team was playing against the New York Mets on Sunday. The Mets won 4-3.

“I think I got my payback,” the woman said after pouring her beer on him. “I think we’re good.”