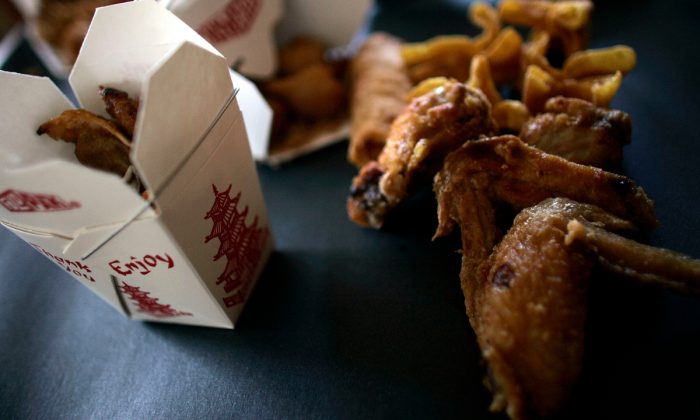 A woman in China allegedly killed her husband with a cleaver over an argument about buying chicken legs.

The wife, last name Luo, had told her husband, Wu Shouchun, to buy some chicken legs for her while he was on the way home, but the man forgot, according to the Public Video Channel in east China’s Anhui Province.

When Wu arrived home, an argument erupted on the evening of April 13. Luo reportedly attacked Wu with the blade in front of their residential building in Lujiang County.

Wu’s mother, He Changying, told Anhui Public Video Channel that Wu was out eating dinner with his friends on April 13, when Luo contacted him and asked him to buy some chicken legs to bring home.

However, Wu forgot to buy the meal, and so an argument erupted between the couple when he got him.

Neighbors told the outlet that arguments were a daily occurrence between the two.

The argument continued, and the pair ended up at the entry way to their condominium.

“My son kicked her, but I don’t know if he really kicked her or not,” Wu’s mother said. “She said she was done, and turned around and ran back home.”

Wu then started walking towards the outside the building, Wu’s older sister, Wu Zhouzhen, told the outlet.

Meanwhile, Luo then “went home, grabbed a cleaver, and killed him,” she said.

Wu’s mother said that when she arrived at the scene, there was already a big pool of blood.

“I told her that she’s so vicious,” the mother said.

Reports from various media outlets said that police are investigating the incident.

Wu was the youngest of five, and has four older sisters. His father passed away when he was young, and so he felt it was his duty to take care of his mother in her later years, the outlet reported.

The mother lived with the couple, along with their son and daughter. According to the report, Luo did not get along with Wu’s mother, and wanted her to live somewhere else.

Neighbors told the outlet that arguments between the couple had become more intense over this issue. Luo wanted her mother-in-law to live outside the house, in an exterior storage room.

Wu relented, and converted the family’s storage room, located in the basement of the condominium, to a room for his mother. The room had a bed, and a portable stove, among other things.

“He said that he was the only son, so he had to uphold his name.”

Wu’s mother said her son did not think her living situation was right.