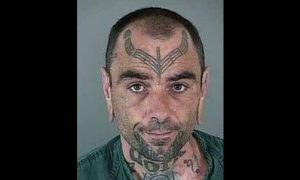 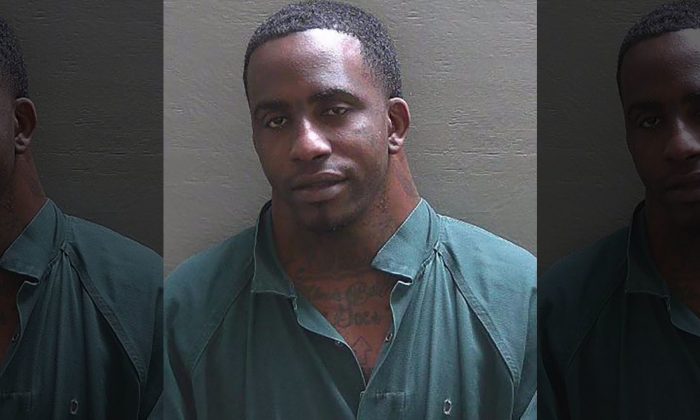 A Florida man with a very wide neck—whose viral mugshots made him an Instagram sensation—has been arrested for the third time.

Charles Dion McDowell, 31, is back behind bars after authorities revoked his bond from an Escambia County arrest last year, the Pensacola News Journal reported. That arrest took place in July 2018. Deputies detained him on charges of fleeing and eluding police, as well as various drug offenses after officers found him allegedly in possession of a fanny pack containing methamphetamine and cocaine.

But just two days later McDowell was arrested a second time, in Lee County, Alabama. That time he allegedly led police on a high-speed chase, resulting in charges that include trying to evade capture by police, reckless driving, and possession of marijuana.

McDowell was released a second time after posting a $5,400 bond.

He has now been arrested for the third time, and on Jan. 29 was booked into Escambia County Jail, Pensacola News Journal reported, after a motion filed in December by the state of Florida came into effect, revoking his earlier bond. The news outlet noted that with no bond, McDowell will be remanded in prison until his trial. He is scheduled to make a court appearance on Feb. 21.

McDowell’s mugshots went viral after they were shared online and netizens began to widely comment on his unusually broad neck.

“They gonna put him in jail and throat away the key,” wrote one person, according to an earlier Epoch Times report.

Added another: “You people should be ashamed of yourselves, all this neckativity isn’t right at all.”

Said another, “Dude up to his neck in charges.”

Added one: “So I guess they take crime seriously in his neck of the woods.”

“I wonder if he gets out, what he gone do necks,” said another person.

Shortly after his arrest, McDowell set up an Instagram account with the user name “damnwideneck.” He currently boasts over 1.3 million followers on that Instagram profile, sharing content that plays off his wide neck. A recent post shows him posing alongside Floyd Mayweather Jr.

Photographs shared on social media suggest McDowell had been arrested multiple times before, and there are other mug shots of him available on the Internet.

His name is Charles Dion McDowell put some neck respect on his name🤣 pic.twitter.com/YIFrCcFHnV

As highlighted a previous Epoch Times article, McDowell could suffer from a rare medical condition that causes a larger neck.

Dr. Milton Wolf noted McDowell’s neck might be due to a medical condition and accused the media of “body shaming.”

Turner Syndrome, however, is a genetic disorder that is known to only affect females.

“The prevalence of pterygium colli ‘webbed neck’ is 75 percent in patients with Turner syndrome,” according to the U.S. Library of Medicine’s website. “This congenital deformity manifests as a bilateral cervical skin fold stretching from the mastoid to the acromion. Although the visibility of this skin fold varies among patients, it frequently has negative social effects. The surgical management of this malformation remains challenging as it requires the achievement of a harmonious neck profile and natural hairline implantation.”