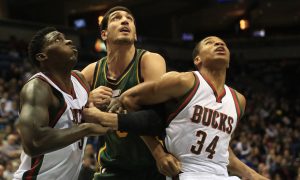 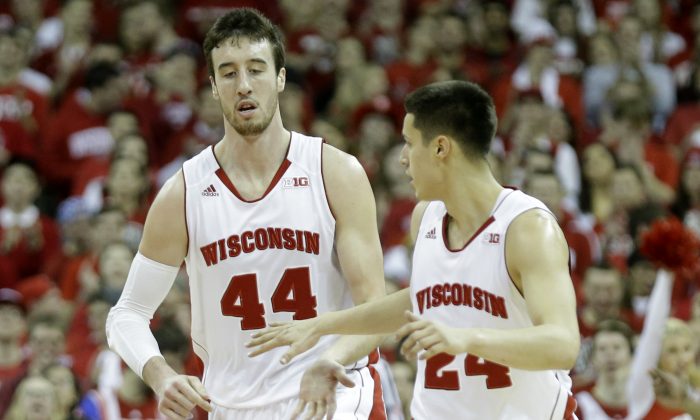 Why Wisconsin Has the Best Shot to Beat Kentucky

If you picked Kentucky to win the title this year, you’re not alone. At 34–0 and with loads of NBA talent and one of the best coaches in the land on the sidelines, they are far and away the popular choice to cut down the nets in Indy.

They opened as even odds to win it all, which is virtually unheard of in a six-game, single-elimination tournament that has 67 other teams in it. The teams with the next best odds are Wisconsin and Duke at 6 to 1.

Though they’re clearly the best team in the land, not every game was a blowout. At the start of conference play, it took the Wildcats overtime to get past both Ole Miss and then Texas A&M.

Why Wisconsin Could Do It

While they may have been playing down to the level of their opponents in the SEC, the Wildcats won’t be caught napping in the NCAA tournament. There are too many difficult matchups to do so. The toughest, for them, would be Wisconsin.

Of course, who hasn’t had trouble with the 31–3 Badgers?

Wisconsin has excelled at playing slow-pace basketball under Bo Ryan for years—and has had plenty of success in doing so. This year may be Ryan’s best squad, thanks in large part to senior forward Frank Kaminsky.

The seven-foot Kaminsky is like the college version of Dirk Nowitzki—tall, yet proficient is scoring from the perimeter. The All-American has averaged 18.0 points, 8.0 rebounds, and 1.6 blocks per game (all team highs) for the Big Ten champion Badgers.

Even more than his numbers, though, is the effect he has on Bo Ryan’s offensive game plan. With Kaminsky in the game, he requires the other team’s best post defender, because Kaminsky is also a threat in the paint.

But the problem is that when Kaminsky rolls out to the perimeter, so must his defender. Now, suddenly, your best post defender is out of the lane.

The Wildcats of course have several great post defenders in Willie Cauley-Stein, Karl-Anthony Towns, Dakari Johnson, and Trey Lyles. Their best weapon is the ability to have two on the floor at almost all times. Should one be constantly on the perimeter, they’re suddenly neutralized and the Badgers could take advantage.

Wichita State: Why? Revenge. The Shockers don’t have the big men to compete with UK’s front line—few do. But they were in the reverse situation a year ago (35–0) and lost to eighth-seeded Kentucky in the Round of 32 in an epic, back-and-forth clash. They would love another shot.

Duke: There are two reasons—Jahlil Okafor and Coach K. Okafor is generally considered the best pro prospect in college, and the 6-foot-11 center would have the ultimate opportunity to shine against Kentucky’s bigs. Also, Coach K is still regarded as the best in the NCAA tournament, and he’s surely smarting after last year’s opening-round disaster.

Kansas: I’ve said that I think KU is about the most overrated two-seed ever. Of course, last year I thought Duke would make the Final Four, and they lost in the opener. What can I say, it’s a crazy tournament. But should they match up with Kentucky, after the Wildcats absolutely obliterated them 72–40 last December in Coach Bill Self’s worst loss at Kansas, the Jayhawks would certainly be motivated to play their best game of the season.