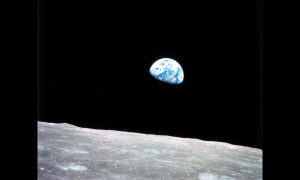 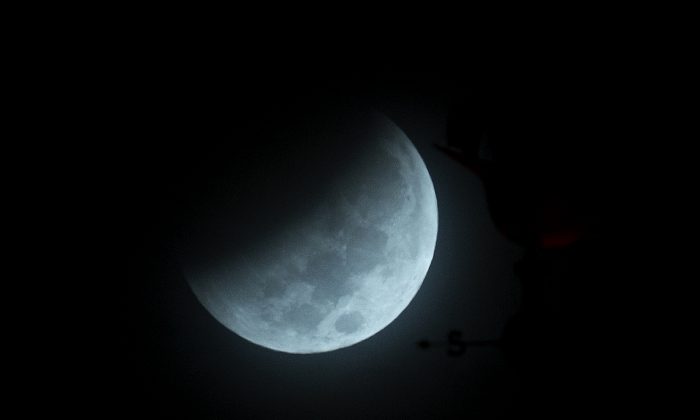 The Earth's shadow begins to fall on the moon during a total lunar eclipse, as seen above Miami, Wednesday, Oct. 8, 2014. (AP Photo/Wilfredo Lee)
Science

Why We Should Mine the Moon

To date, all human economic activity has depended on the material and energy resources of a single planet; understandably, perhaps. It is conceivable though that future advances in space exploration could change this by opening our closed planetary economy to essentially unlimited external resources of energy and raw materials.

Look up at the Moon this evening, and you might be gazing at a solution. The Earth’s closest celestial neighbour seems likely to play a major role and already a number of private companies have been created to explore the possibilities.

It is important to stress that even now, 40 years after the Apollo missions, we still don’t have a complete picture of the Moon’s economic potential, and obtaining one will require a more rigorous programme of lunar exploration than has been undertaken to-date. In part, this is why proposed future lunar exploration missions (such as the recently announced Lunar Mission One) are so important.

Nevertheless, as a result of work over the past four decades, we do now know enough to make a first-order assessment of lunar resource potential. In doing so it is useful to distinguish between three possible future applications of such resources.

Recent work – which I have summarised here – has shown that the Moon does possess materials suitable for ISRU. Most important in this respect is evidence for deposits of water ice and other volatiles trapped in cold (less than 100 Kelvin or minus 173 degrees Celsius) and permanently shadowed craters at the lunar poles. In addition to being required for human life support, water is also a ready source of oxygen (required for both life support and rocket fuel oxidiser) and hydrogen (a valuable rocket fuel).

MORE: Mining the Moon: Plans Taking Off, but Rules Lacking

In addition to possible ice deposits, it has been known since the early studies of the Apollo samples that the lunar soil contains volatiles, substances derived ultimately from the solar wind (e.g. hydrogen, helium, carbon, nitrogen, and at high latitudes, hydroxide and perhaps water), and these may also be exploitable for ISRU activities.

Although ISRU will undoubtedly benefit future scientific exploration, it is true that such activities will only make wider economic sense if further lunar exploration and development is able to yield net benefits to the global economy. It is here that the second of those three potential applications of lunar resources comes into play.

Our global civilisation is already highly dependent on Earth-orbiting satellites for communications, navigation, weather forecasting and resource management, and this reliance is likely to increase. The high costs of these activities are largely dictated by high launch costs, and by the fact that failed satellites cannot currently be repaired or replenished in orbit. The availability of resources obtained from the weaker gravity conditions of the Moon would help mitigate these obstacles to further economic development in Earth orbit. Near-term lunar exports to a cis-lunar infrastructure could include the supply of hydrogen and oxygen as rocket fuel/oxidiser.

In addition, lunar surface rocks and soils are rich in potentially useful but heavy (and thus expensive to launch from Earth) raw materials such as magnesium, aluminium, silicon, iron and titanium. Therefore, if a lunar industrial infrastructure is gradually built up, the Moon may be able to provide more sophisticated products to Earth-orbiting facilities. Examples might include titanium and aluminium alloys for structural components, and silicon-based photovoltaic cells for solar power. The key business case for sourcing these materials on the Moon is simple. It takes about 20 times less energy to launch a given mass from the surface of the Moon into Earth orbit compared to launching it from the Earth’s surface to Earth orbit.

MORE: You Can Buy Property on the Moon, But Can You Keep It?

This all seems pretty encouraging for any company or country considering drilling on the Moon, but opportunities for lunar resources to make a more direct contribution to the world economy by being imported to the Earth’s surface are limited. This is because the Earth already contains the same basic mix of chemical elements as does the Moon, many of them in higher localised concentrations (i.e. ores), and we have a well-developed infrastructure for extracting and refining terrestrial raw materials.

The light isotope of helium (helium-3), which is implanted into lunar soils by the solar wind is often cited as an exception because it is perceived by some to be a potential fuel for future nuclear fusion reactors on Earth. However, sustainable nuclear fusion using helium-3 has yet to be shown to be practical, and even if it is, the concentration of helium-3 in lunar soils is so low (about ten parts-per-billion by mass) that strip mining and processing hundreds of square kilometres of the lunar surface would be required each year in order to make a significant contribution to Earth’s future energy needs.

Other possible lunar materials which might conceivably be economically imported to the Earth include platinum group elements (currently valued at between $20,000 and $50,000 per kilo) extracted from iron meteorites that may have survived impact with the lunar surface, and materials (for example, economically valuable rare-earth elements which are known to be concentrated in some regions of the Moon) for which the environmental costs of terrestrial mining may one day make lunar sources more attractive.

When we pull together the evidence, it remains difficult to identify any single lunar resource that will be sufficiently valuable to drive a mining industry on its own. There is no simple solution. However, the Moon does possess abundant raw materials that are of potential economic interest.

We need to think of a hierarchy of future applications. This begins with the use of lunar materials to facilitate human activities on the Moon itself. We can then progress to the use of lunar resources to underpin a future industrial capability within the Earth-Moon system. In this way, gradually increasing access to lunar resources may help “bootstrap” a self-sustaining space-based economy from which the global economy will ultimately benefit.

Ian Crawford is a professor of planetary science and astrobiology at Birkbeck, University of London. He receives funding for lunar science and exploration (although not related to lunar resources specifically) from the UK Science and Technology Facilities Council (STFC) and The Leverhulme Trust. He is a scientific advisor to the Lunar Mission One project which aims to land a robotic probe on the south pole of the Moon in 2024.

This article is based on an invited review paper on lunar resources that will be published by the journal Progress in Physical Geography in the New Year. A preprint of that paper, which contains references to the primary literature on which this essay is based, can be found here. This article was originally published on The Conversation. Read the original article.