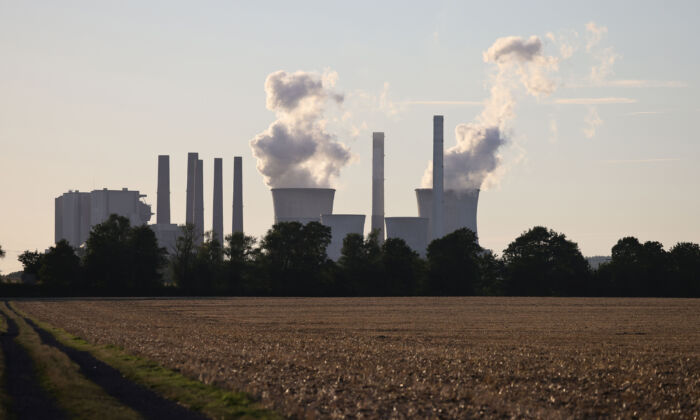 Why We Lost Trust in the Expert Class

For years, European policymakers had assured the world that the relatively rapid “transition” to “green” energy was the world’s preordained future—regardless of the costs.

Most citizens were afraid to object that in cloudy, cold Germany solar panels weren’t viable methods of electrical generation—especially in comparison to the country’s vast coal deposits and its large, model nuclear power industry.

As a result, German government officials warn that this winter, in 19th-century fashion, families will have to burn wood—the dirtiest of modern fuels—to endure the cold. And there is further talk of “warm rooms,” where the elderly, like pre-civilizational tribal people, will bunch together within a designated heated room to keep alive.

Sri Lanka may be the first modern nation to adopt deliberate policies that have led to mass hunger and bankruptcy. The government, for a variety of reasons, listened to foreign advocates of back-to-nature organic farming, specifically outright abandonment of highly effective synthetic fertilizers and pesticides.

Sri Lanka once had a per capita income twice that of nearby India. Now, it can’t feed or fuel itself.

Unfortunately, its incompetent government trusted radical environmental advisors, many of them foreign experts. Sri Lanka believed it could become the woke darling of the “Environmental, Social, Governance” movement and, in that way, draw in unlimited Western woke investment.

Instead, it has embraced a policy of national suicide.

Recently, a group of 55 distinguished pro-administration economists assured us that President Joe Biden’s massive borrowing and new entitlements agenda weren’t inflationary. In September 2021, these economists with 14 Nobel Prize winners among them declared that Biden’s inflationary policies would actually “ease” inflation.

Last month, inflation spiked to an annualized rate of 9.1 percent.

None of these “blue-chip” economists have offered any apologies for lending their prestige to convince Americans of the absurd: that inflating the money supply, spiking new government spending, incentivizing labor non-participation, and keeping interest rates artificially low would not cause inflation.

In late July 2021, Gen. Mark Milley, chairman of the Joint Chiefs of Staff, claimed that the Taliban takeover “was not a foregone conclusion.” He bragged that 34 provincial capitals were still in Afghan government hands.

Defense Secretary Lloyd Austin nodded in approval. Less than a month later, the entire Afghan government collapsed. The U.S. military fled in its most ignominious retreat in over 50 years. Milley had been parroting Biden’s earlier prompt that a Taliban victory after the American evacuation was “highly unlikely.”

On the eve of the 2020 election, news accounts revealed some of the lurid contents of Hunter Biden’s lost laptop. Emails and photos began to incriminate the entire Biden family for leveraging millions of dollars from foreign grandees for access to a bought Joe Biden.

Fifty retired intelligence officers, however, without evidence, swore that the laptop’s appearance could be due to “Russian disinformation.” Yet after authentication—Hunter himself never denied the lost laptop was his—few if any of those marquee “experts” apologized for their election-driven dissimulation.

At the height of the massive 2020 enforced quarantine and lockdowns, some 1,200 medical and health “professionals” signed a petition claiming that thousands of left-wing protestors should be exempt from the very quarantine they had insisted on for others.

The experts absurdly claimed that denying tens of thousands the right to break quarantines to protest in the street was a greater health threat than COVID-19.

FBI Director James Comey doggedly pursued the “Russian collusion” hoax. At one point, he hired the discredited Christopher Steele to supply the FBI with information from his fantasy dossier.

Once called to account, on some 245 occasions before Congress, Comey swore that he could either not remember or had no knowledge about the questions asked of him.

His successor, FBI interim Director Andrew McCabe, admittedly lied on four occasions to federal officials. Special counsel and former FBI Director Robert Mueller himself swore under oath that he knew nothing either about the Steele dossier or Fusion GPS—the twin catalysts for his entire investigation.

All these depressing examples have one common denominator: Elite experts and degreed professionals massaged and warped their knowledge to serve ideological masters, rather than the truth.

In the process, they caused untold damage to their country and fellow citizens. They disgraced their profession. They tarnished the scientific community. And sold their souls to ideologues.

Is it any wonder why the Western public has lost confidence in their degreed and credentialed elites?