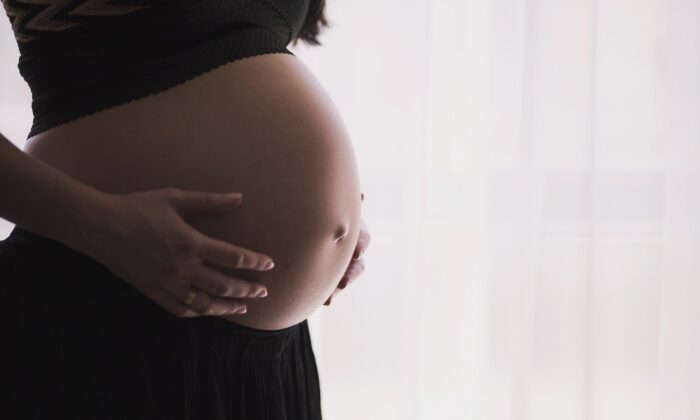 Why We Don’t Have Children Anymore

In contemporary industrial and post-industrial societies, children are a practical liability. People in modern societies don’t want a large number of children, and many don’t want any.

In North America, Europe, East Asia, and elsewhere around the world, there’s big business in anti-fertility measures, including birth control pills and devices, surgical and chemical abortion, and sterilization procedures for both men and women.

Children as a Source of Labor

My observations about this are based on my long-term field research among the Yarahmadzai nomadic tribe in southeastern Iran, a region called Baluchistan, where I lived for 27 months.

In subsistence societies, where people depend for consumption on what they themselves produce and process, the most important factor in production is labor, because almost everything is done by human muscle power, and labor is usually the limiting factor.

This means that the more children you have, the more labor is available for production. More production means more prosperity, other things being equal.

But because the labor of children is most effective between the ages of 10 and 20-plus, when young adults begin their own families, the flow of new children must continue, to replenish the family labor force.

A Yarahmadzai family has to herd its sheep and goats, in some seasons 24 hours a day, and so needs shepherds. The camels must be grazed separately by a camel herder. Water has to be collected from the pond, stream, or well and carried back to camp. Tents, storage bags, and luggage bags must be woven by hand. Grain must be ground by hand with grinding stones and the flour made into bread daily, as it’s a basic staple.

Dry or wet horticultural plots must be traveled to and cultivation prepared and maintained. Travel is required to distant palm groves to cultivate dates. Migration requires that all family supplies and equipment be packed up and transported, sometimes long distances.

All this daily work requires many hands.

In tribal societies, social control and order are based on what anthropologists call “self-help,” that is, the mobilization of subgroups of the population. Social cohesion and solidarity support “collective responsibility,” with each group member being responsible both for the acts of the others and for coming to the aid of the others; this is the basis of political order.

The number of strong men in a family and tribal subgroup determines the members’ ability to defend themselves and their property. Having many sons guarantees one’s political weight and contributes to political standing.

Social arrangements in every society are always supported and reinforced by ideals and values. To be a successful man in tribal society is to father children, particularly sons. To be a successful woman is to be fertile and produce many children, especially sons. Fertility is a required component of personal fulfillment and social prestige.

In Canada and the United States, in 1850, more than 80 percent of the population lived in rural areas. Today, 80 percent of the population lives in urban areas. Just about all economic production is market-oriented rather than subsistence-oriented, and most economic activity is highly specialized, without products that the producers consume directly.

Child labor is not only useless in a specialized economy, it’s also illegal. Children are required by law to be in school so as to learn the basic skills necessary for a complex, industrial, and post-industrial society. Thus, children aren’t economic assets. On the contrary, children are economic liabilities who must be fed and clothed and provided with the materials for schooling. Those children who continue their education in post-secondary institutions require large outlays of funds.

No one in modern society chooses to have children for their labor and their contribution to economic prosperity. People have children in spite of the economic liability that they bring. Therefore, given that the economic resources of a family are usually quite limited, it’s understandable that few people today choose to have many children, and that many choose to have one child or none. Children, like family dogs and cats, are discretionary, not necessary.

Nor are children, even adult males, assets in order and security. Matters of public order are allocated to special agencies such as the police, and members of the public are discouraged and even forbidden from acting on their own behalf.

While self-defense is allowed in some American jurisdictions, it’s frowned on in Canada. Responding to an attack with a firearm, even if not fired, would likely get you arrested by the Royal Canadian Mounted Police, who, like the Canadian government, care more for its authority than for the safety of law-abiding citizens.

Not only would having many children not add to one’s prestige in contemporary United States and Canada, but it would also make one the subject of ridicule. People in modern societies define themselves not by their families but by their work. The more prestigious the work, the higher the status of the individual. Fatherhood and motherhood aren’t recognized as work, aren’t paid, and consequently aren’t prestigious.

Feminists have vilified marriage and motherhood as slavery. According to The Guardian, “Radical feminist Shulamith Firestone articulated this most starkly in her argument that women would never truly be free of patriarchy until they were freed from the yoke of reproduction.”

Fatherhood has been demeaned by feminists through denying men any role in pregnancy, and fatherhood has been marginalized at the same time it has been exploited by family courts. Feminists have urged women to leave the family behind and enter economic employment as the road to freedom and an equal or greater status and power than men. (And, now that it’s official that men can become pregnant, gestate, and give birth, women can stand down in good conscience.)

The prospect of having children and actually raising them is discouraged by the frailty of marriage. Divorce is very common: the lowest figures are 42 percent of all marriages in the United States and 38 percent in Canada, with second and third marriages failing at much higher levels. Weak commitment to marriage doesn’t encourage commitment to raising children.

Weak families give individuals more personal freedom, which many see as attractive, but this removes social support and its safety net. One correlated consequence is increased dependence on the government and its agencies and programs.

This dependence resulting from the weakening of local organizations has been a long-term goal of socialist and communist movements and governments that believe absolute government control is necessary for the arrival of a progressive utopia.

Perhaps that’s why the U.S. and Canadian governments are pushing anti-reproductive gender ideology in schools, universities, and elsewhere.