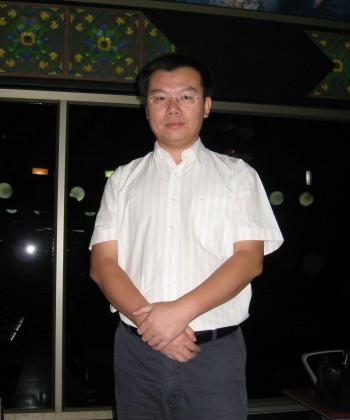 By Epoch Times Staff
Print
The People’s Daily, the official newspaper of the Chinese Communist Party (CCP), established a branch in Hong Kong on Nov. 9.

Qiu Mingwei, former deputy director of the People’s Forum which is part of the People’s Daily Web site, talked with The Epoch Times about how the CCP plans to increase its influence through this media outlet. Qiu fled to Hong Kong in August 2009 to escape persecution by the CCP after participating in a pro-democracy march in Hong Kong.

Qiu said that the People’s Daily has set up branch offices in almost every province of China. After Hong Kong, a branch will be set up in Macao as well. Now Taiwan is the only place that doesn’t yet have a People’s Daily branch.

Qiu continued, “At the same time, they will collect intelligence. Of course, the People’s Daily would never admit that they collect intelligence. They will only say: ‘We are a media company. We will share Hong Kong’s situation with the people in the mainland.’ However, the news is only an excuse on the surface. What’s behind is hard to say,” Qiu said.

“There’s always a precondition. When you deal with a one-party dictatorship, you have to do what the dictatorship tells you to do. There’s just nothing further to discuss if you don’t do so. This is the so-called ‘one country, two systems.’

“There’s no room for thinking it over or negotiation when it comes to CCP’s control over Hong Kong. Freedom and democracy are only words.

“Prosperity and stability are very important to the citizens of Hong Kong. But to the CCP what is even more important is the Party’s territories. Once there is confrontation, Hong Kong citizens should know who will be sacrificed.”

Qiu said that the People’s Daily has not only set up branch offices in Hong Kong and China’s provinces, it has also set up over 200 company offices outside of China.

”The success of these companies will not be judged solely on the basis of profits. Success will also be judged on their ability to influence politics. So it doesn’t matter whether a company earns money or not—it simply cannot go down because it has a political mission.”