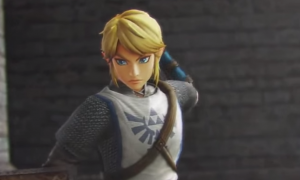 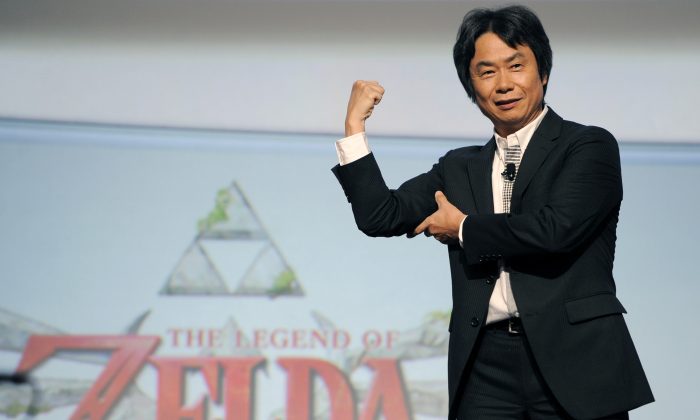 Shigeru Miyamoto, the creator of the video game "The Legend of Zelda," during a Nintendo news conference at the E3 Gaming Convention in Los Angeles, Calif., on June 7, 2011. (AP Photo/Chris Pizzello)
Entertainment

Why the Netflix Zelda Adaptation Will Never Happen

In February, an anonymous source told the Wall Street Journal that Netflix was in the process of developing a live-action TV adaptation of the best-selling “Legend of Zelda” video game, only to have the rumor quashed by Nintendo CEO Satoru Iwata last week.

Even if Nintendo has assented, the project would have likely languished in development hell. The online reaction to Netflix’s trial balloon was swift and unyielding; the fans of the game simply did not want to see their treasured childhood memories desecrated by a dramatic reinterpretation.

Hollywood’s attempts to translate video games to the silver screen are strewn with failures, with successes only to be found in an incredibly narrow vein. “Tomb Raider” and “Resident Evil” were both profitable franchises, but only as generic, mind-numbing action flicks with barely enough material to stretch across 90 minutes.

The adventure element of the Zelda series, which locates it closer to “Gulliver’s Travels” than “Mortal Combat,” makes even such a low target unobtainable. The character Link’s uniform is klutzy and his adversaries are more like bizarre wildlife animals than archetypical villains. It’s no wonder that Netflix was rumored to adapt Zelda as a TV series in the model of “Game of Thrones” rather than as a movie.

Adopting it into a television series, which is much more dialogue based, is in many ways even more difficult. Even a 12-episode series would require a character arc that could hardly be mined from the Zelda series, where—as fans have repeatedly pointed out—Link barely even talks. A faithful adaptation of the show would end up with Link as less a protagonist and more as a cypher with a bow and boomerang.

The Zelda video game I’m most familiar with is “The Wind Walker” from the early aughts. Much of the wonder of the game-play, like any fantasy RPG, came from the cerebral side of gathering clues, figuring out puzzles, and unlocking the door to secret pathways. Much of the feeling of depth in the “Winder Waker” world was having to invest actual time to sail across the sea to get to certain islands to gather new clues.

These artificial barriers that gave verisimilitude to sailing in the video game world is unavailable for the screenwriter. Norwegians aside, no one wants to spend 10 minutes watching someone travel from one place to the next with nothing happening in between. The bedrock of successful TV shows are the conflict of personalities, which the world of Zelda, and video games more broadly, sorely lack.

If Netflix were to launch a successful adaptation of Zelda, it would have to build up a plot from the ground up, and more important succeed where no one has succeeded before, which flies in the face of Netflix’s fundamentally conservative strategy for its original series.

Netflix likes to brag that their original series was the innovative result of crunching the data they’d gathered on their streaming customers, but the product turned out to be far more mundane. “House of Cards” is essentially a spin on a tried and true formula, a version of the “West Wing” updated for millennials, and “Orange Is the New Black” isn’t lacking any companions in prison-centered TV series.

Netflix doesn’t need big data to realize that an adaptation would never work. A brief survey of existing adaptations would find that they’re virtually non-existent, apart from a cartoon series for a rated-G demographic, and the project would be dropped in its development stage.

Despite all the reasons against adapting video games, it’s easy to see why so many are tempted. Less than five years ago the late film critic Roger Ebert said that video games could rise to the heights of actual art. Translating video games onto the TV screen would give the original video games series, and their fans, more cultural credibility.

Unfortunately, existing adaptations of video games are more likely to diminish the artistic clout of video games. The chasm between the two mediums are too far, and if games are to be recognized as art, it will have to succeed on its own terms.