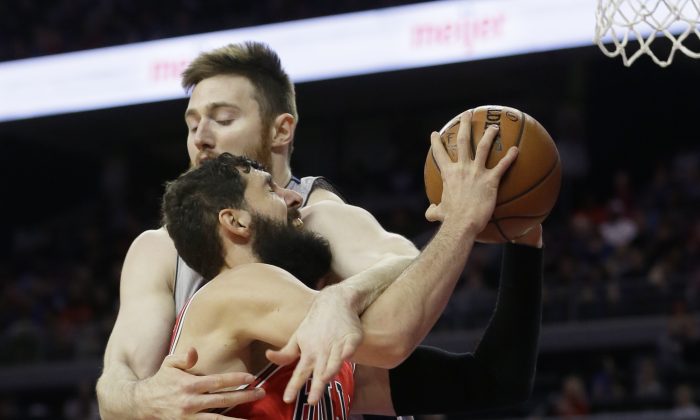 Originally an unintended part of the game of basketball fouls have become a major part of strategy. (AP Photo/Carlos Osorio)
NBA

At one point Houston fouled Drummond 12 straight times—including five in the first nine seconds of the third quarter.

It’s an ugly strategy imposed by opposing teams to try and eliminate an otherwise good player by making him constantly shoot free throws—if he’s a poor free throw shooter—and thus force the opposing coach to bench him or watch his team’s offense suffer.

But one thing’s for sure about it: no fan wants to see it.

The Hack-a-Shaq strategy—which got its name when teams tried to slow down former free throw-challenged superstar Shaquille O’Neal by fouling him—has grown in popularity over the last year. In the 2015 NBA Playoffs, star centers DeAndre Jordan and Dwight Howard were given the Hack-a-Shaq treatment relentlessly. The on-court results were mixed. Yet any fan watching the game knows how much it was slowed down and how little flow the game then had.

In other words, no one wants to see it.

In case the NBA hasn’t figured it out yet, fans are entirely what bring the money—and TV ratings that translate into more money—that make the game so financially profitable.

Yet as long as coaches think the strategy works, they’re not going to stop unless the NBA rules dictate as such. Right now they don’t.

Stalling used to be a popular tactic by teams in the early ’50s. The strategy was so popular among coaches—and unpopular among fans—that the NBA instituted the 24-second shot clock as a way to keep the game flow going. Clearly it’s worked.

The league could institute tougher penalties for fouls deemed intentional like not only giving the player a pair of free throws, but award possession back to his team after them. Who would foul then?

Of course, the question that usually arises is how the referees are going to judge what’s intentional and what isn’t? It shouldn’t be hard though. If the average fan can spot it, why couldn’t the referee?